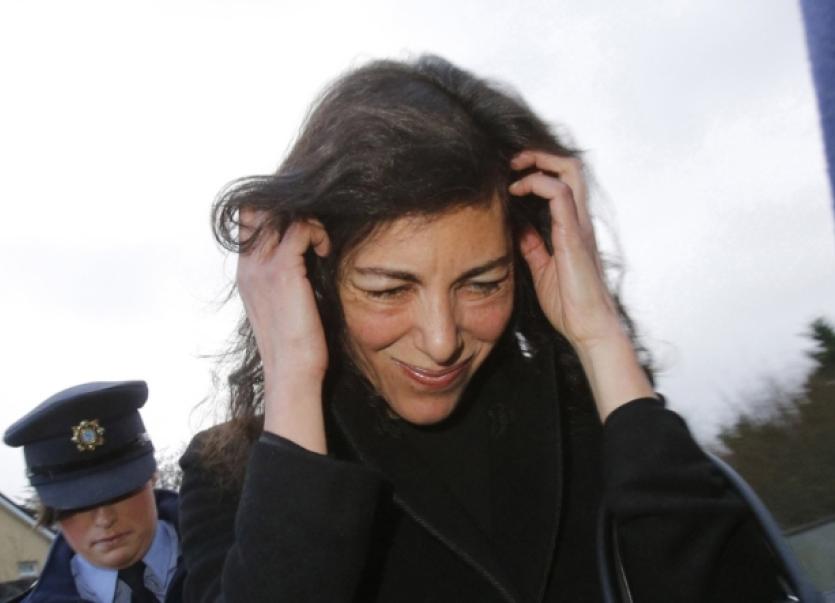 A NIECE of famous fashion designer and multi-billionaire Ralph Lauren has been fined €2,000 in relation to an air rage incident on board a flight diverted to Shannon Airport this week.

A NIECE of famous fashion designer and multi-billionaire Ralph Lauren has been fined €2,000 in relation to an air rage incident on board a flight diverted to Shannon Airport this week.

Jennifer Lauren, 41, with an address in New York, was arrested following an incident on board a Delta Airlines flight bound for JFK airport in New York having departed Barcelona this Monday. She pleaded guilty to being drunk and breaching the peace, while a third charge was withdrawn.

Garda Evette Walsh gave evidence before Judge Patrick Durcan at Killaloe District Court this week - sitting in Brian Boru pub - of arresting Ms Lauren after the flight, which was carrying 209 passengers and crew, was redirected to Shannon as she refused to cease her behaviour. During the initial hearing, the court heard that Ms Lauren, a jewellery designer, asked “Can you say that in English please?”, when the charges were put to her at Shannon garda station. She made no reply to the charges.

This Wednesday, Judge Durcan imposed the fine after hearing that while on a cocktail of alcohol and prescribed medicines, she launched a tirade of abuse against cabin crew staff and pushed one member of staff up the against the aircraft.

Insp Kennedy said that Ms Lauren was ranting and raving, shouting incoherently and told Ms Topping that she was going to go ballistic. He said that the total costs of the incident to Delta Airlines amounted to over €31,770.

Solicitor for Ms Lauren, Sharon Curley said that her actions were “bizarre” and completely out of character.

Ms Curley said that Ms Lauren suffers from depression, has overcome anorexia and has bi-polar and general anxiety disorders.

Ms Curley handed a testimonial into court from Ms Lauren’s father, Jerry who wrote: “I know that this will not be repeated. This is not the Jenny everyone knows and cares for.”

Judge Durcan said that Ms Lauren’s actions in abusing the staff were reprehensible. Ms Curley said that Ms Lauren asked the arresting Garda in Shannon to speak her words in English because she thought that she had returned to Spain.