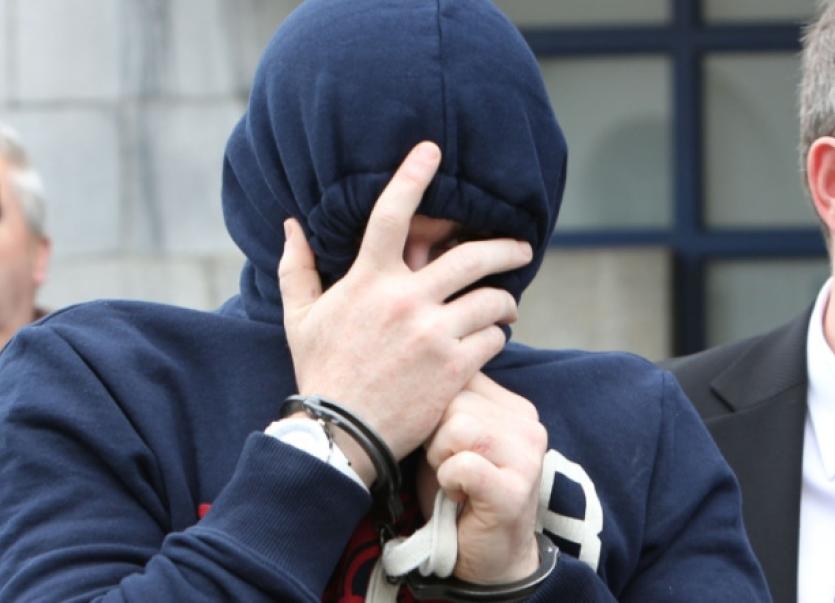 A MOYROSS man has admitted driving a car which knocked down three pensioners resulting in one of them having his leg amputated.

A MOYROSS man has admitted driving a car which knocked down three pensioners resulting in one of them having his leg amputated.

Eric Ryan, 79, from Corbally was seriously injured following the incident in Parteen last week while his friends Willie Barry, 77, a retired garda, and Dermot O’Brien, who is aged in his 70s were also injured.

Sheehan appeared before a special court sitting at the weekend after he was charged with burglary offences, which allegedly happened in Aherina and Doonass on the same day as the collision.

Objecting to a bail application – made in relation to the burglary charges – Detective Garda Ronan O’Reilly alleged that Sheehan was one of two men who were disturbed at the scene of a burglary in Doonass, Clonlara last Thursday.

He said a 1999 Limerick-registered Hyundai Accent, which Sheehan has admitted owning and driving, was pursued by a marked patrol car when gardai encountered the vehicle after it allegedly left the house.

That pursuit continued to Parteen and following what was described in court as a serious road traffic accident, the car struck a number of parked cars, resulting in the pensioners being injured.

Following the collision Sheehan fled the scene but was apprehended “a good distance away” by gardai.

Judge O’Kelly was told that following his arrest, Sheehan made admissions in relation to the vehicle. Solicitor John Devane said his client claims the collision happened as a result of him being “forced off the road by a garda car”.

Detective Garda O’Reilly declined to comment on the claims as the circumstances of the collision are currently being investigated by the Garda Siochana Ombudsman Commission.

Sergeant Donal Cronin told the court that a file is being prepared for the Director of Public Prosecutions in relation to the incident last week and that it is “still in an embryonic state”.

He added that while charges have not been brought against Sheehan in relation to the collision at this stage, a “broad range of charges” are being considered.

Mr Devane, said his client was willing to comply with the “strictest conditions” if released on bail.

However, Judge O’Kelly said he was refusing the application and he remanded the defendant in custody until October 14, next.