Limerick man was dealing drugs ‘beyond his capabilities’ 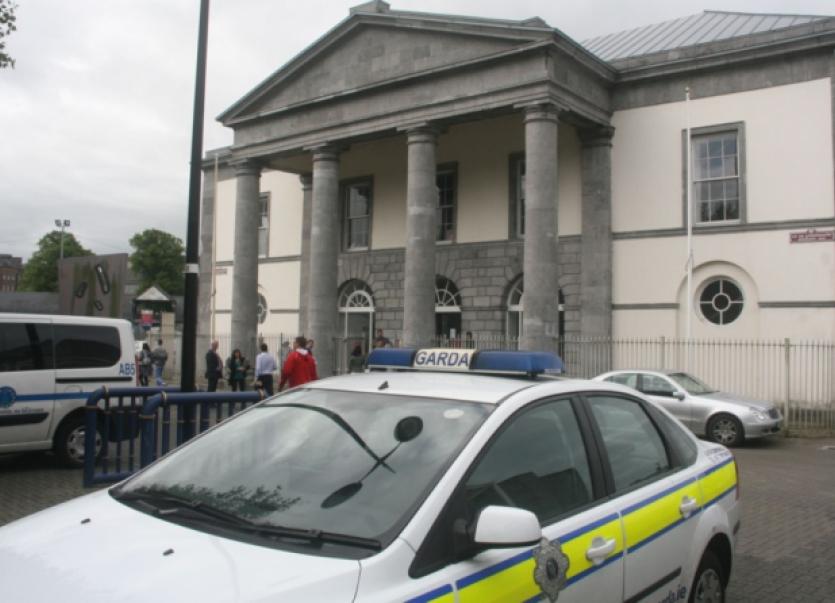 A COUNTY Limerick man who found himself dealing in quantities of illicit drugs beyond his capabilities has received a lengthy prison sentence.

A COUNTY Limerick man who found himself dealing in quantities of illicit drugs beyond his capabilities has received a lengthy prison sentence.

Peter Mulready, aged 29, who has an address at Inch Saint Lawrence, Caherconlish admitted having quantities of cocaine and cannabis at a house in Kilmallock on June 10, 2010 and to burying almost 12kgs of amphetamines in the garden of a house in Fedamore just over two months later.

Detective garda Keith Harmon said a house at Radharc Na Coille, Kilmallock was searched shortly after 6.30pm on June 10, 2010 as part of an ongoing operation targeting the distribution of illicit drugs in the town and surrounding area.

He said the defendant, who was living at the house at the time with his then partner, was in his bedroom when gardai arrived.

There was a strong smell of cannabis in the room and small quantities of cannabis, along with drugs paraphernalia were found in a child’s pink lunch box which the Mr Mulready admitted was his “smoke box”.

Further quantities of cannabis resin and cannabis herb were found in a rucksack, which was located in a wardrobe in the bedroom.

Limerick Circuit Court was told that following the defendant’s arrest, substantial quantities of cocaine and cannabis were recovered from a car which was intercepted as it was being driven away from the house by another individual.

Det Garda Harmon told Michael Collins BL, prosecuting, that almost one kilogram of cocaine was found concealed in a Sky Box which had been removed from the house following the arrival of gardai.

He said gardai believe another package of cocaine, weighing 770 grams, which was also found in the car had been concealed “in the mechanism” of a clothes dryer in the hallway of the house.

While another man is before the courts in relation to the drugs recovered in the car, Judge Carroll Moran was told that Mr Mulready “took full responsibility” for all of the drugs seized,.

The total street value of the drugs seized on the day was more than €144,000.

During garda interviews following his arrest, the defendant admitted he had travelled to Dublin a number of months earlier to buy drugs off a criminal gang and that he had brought them to Limerick on a bus.

Outlining the facts surrounding the second drugs seizure, Detective Sergeant Gary Thompson said a house at Poultaloon, Fedamore was searched on August 13, 2010 after local gardai received confidential information that drugs were being stored at the house.

A sniffer dog, which was deployed during the search, alerted gardai to an area of the back garden which had been recently dug up.

Upon further examination of the area, Det Sgt Thompson said a pink holdall bag containing almost 12kgs of amphetamines, was found buried in the ground.

The defendant was arrested and questioned about the seizure more than a month later and made admissions in relation to the drugs telling gardai that he had initially brought them to his family home before moving them to the house in Fedamore.

Last year, the owner of the house - a mother of five - was sentenced to two years imprisonment after she admitted facilitating the storage of the amphetamines.

Being cross examined by Mark Nicholas BL, Det Sgt Thompson agreed that Mr Mulready, who has 18 previous convictions, “probably fancied himself as breaking into the drugs market” but found himself dealing in quantities beyond his capabilities.

He also agreed the defendant, who travelled to the UK following his initial arrest, had returned to Limerick voluntarily once the DPP directed that he be prosecuted in relation to the drugs seizures.

Anthony Sammon SC, said his client “is not a man who could ever be a big criminal player, he just doesn’t have it in him,” and he added he had a desire to come clean.

The court was told Mr Mulready accepted he was engaged in significant wrongdoing and that he “wants to pay his debt to society and to do his time”.

Judge Carroll Moran was told the 29-year-old had a difficult upbringing and is an extensive user of cannabis.

When he was aged just 14, he was sentenced to two years detention at Trinity House on a charge of threatening to kill, the court heard.

Imposing sentence Judge Moran noted the accused had made admissions in relation to both drugs seizures without which “there would have been no case against him”.

He said the amount of drugs seized was substantial and that an aggravating factor was the close proximity of the offences to each other.

Judge Moran said the Courts are obliged to deal with such offences seriously and that he had to impose an immediate prison sentence.

However, he added that in the circumstances it would be unjust to impose the prescriptive minimum sentence of ten years imprisonment.