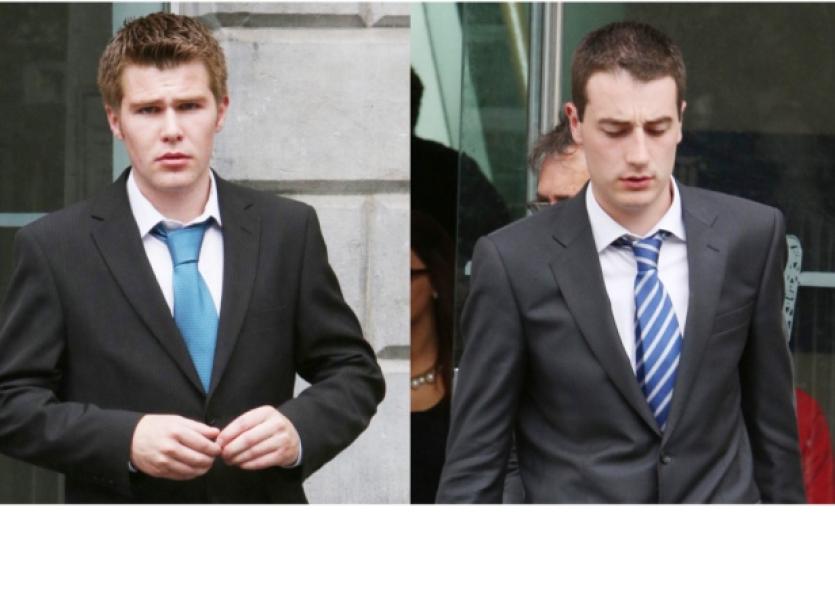 TWO young men who attacked another man outside a fast-food restaurant, leaving him with multiple brain injuries, avoided prison sentences after they paid him €30,000 in compensation.

TWO young men who attacked another man outside a fast-food restaurant, leaving him with multiple brain injuries, avoided prison sentences after they paid him €30,000 in compensation.

Mr Toomey, a financial adviser, was punched outside a fast-food restaurant in the town at around 2.45am and his head struck the ground resulting in his injuries.

During a sentencing hearing in July, Limerick Circuit Court was told gardai saw Mr O’Sullivan, who works as an aircraft mechanic in Shannon, punch Mr Toomey, who “fell straight onto the ground”.

Sergeant Helena Carey said there was loud thud and that it was immediately clear the young man had suffered serious injuries.

An ambulance was called and Mr Toomey was initially treated at the then Mid Western Regional Hospital before being transferred to Cork University Hospital where he was placed in an induced coma and later underwent a craniotomy.

He remained in a coma for a number of days afterwards during which time doctors could not say if he would wake up and, if he did, warned he might be in a vegetative state.

Judge Carroll Moran was told that Mr O’Sullivan punched Mr Toomey up to nine times while Mr Shine, who is a student at LIT, played a lesser role in the unprovoked assault.

In a victim impact statement, the 27-year-old victim said he continues to suffer some discomfort and that he found the experience of having to be cared for and washed in hospital degrading and demeaning.

He said he lost two stone as was unable to eat solid food or sleep properly for months after the incident.

There is still a hole in his skull as a result of the medical procedures and he said he feels pressure on the side of his head when he exercises.

During a review of the case this week, Michael Collins BL, prosecuting, said Mr Toomey, who has travelled to Australia, had received compensation from the defendants totalling €30,000 in early August.

Imposing sentence, Judge Moran said had compensation not been paid both men would have been sent to prison. However, taking into account their guilty pleas and previous good records, he imposed a four -year sentence, which he suspended for four years.