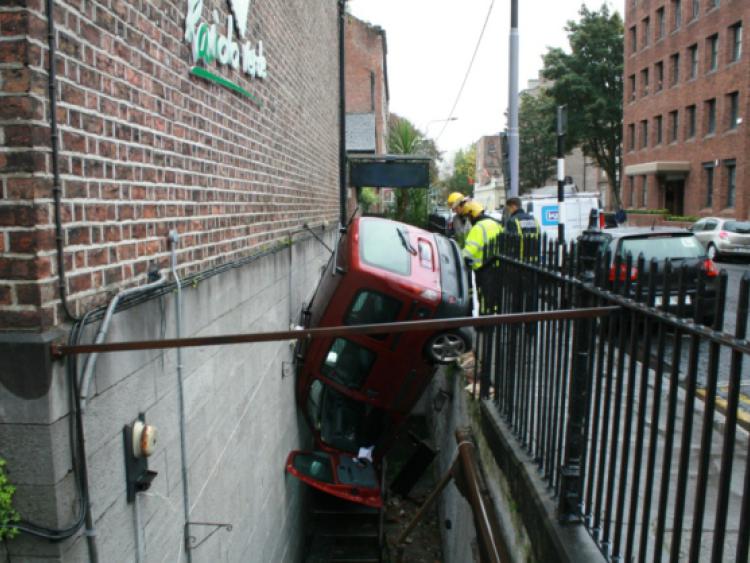 A car ended up in the basement of a restaurant in Limerick city centre this Friday lunchtime following an accident in which a woman was injured.

A car ended up in the basement of a restaurant in Limerick city centre this Friday lunchtime following an accident in which a woman was injured.

The woman was struck by the Renault Kangoo, which was understood to have been turning from O’Connell Street onto Upper Hartstonge Street, while she was crossing the road. Witnesses at the scene described her as being in her 60s or 70s.

The Renault Kangoo which was involved in the accident crashed through the railing and dropped approximately six feet into the basement of a restaurant.

Ann-Marie Bourke, a 26-year-old student, called an ambulance at the scene.

Ms Bourke said the woman was conscious and speaking after she had been hit, but suffered injuries to her leg and “was in serious shock”.

The woman has been taken to University Hospital Limerick.

“I heard the bang of the car hitting her, I looked up and saw the car had gone over the barrier,” she said.

The eye-witness said an ambulance arrived on the scene within ten minutes, followed by the Gardaí five minutes later.

Anne O’Regan of School House Lane, who witnessed the accident, said the driver exited the car via the passenger door and was helped up onto the street by onlookers.