Angry charge of ‘blackmail’ is levelled at Irish Water 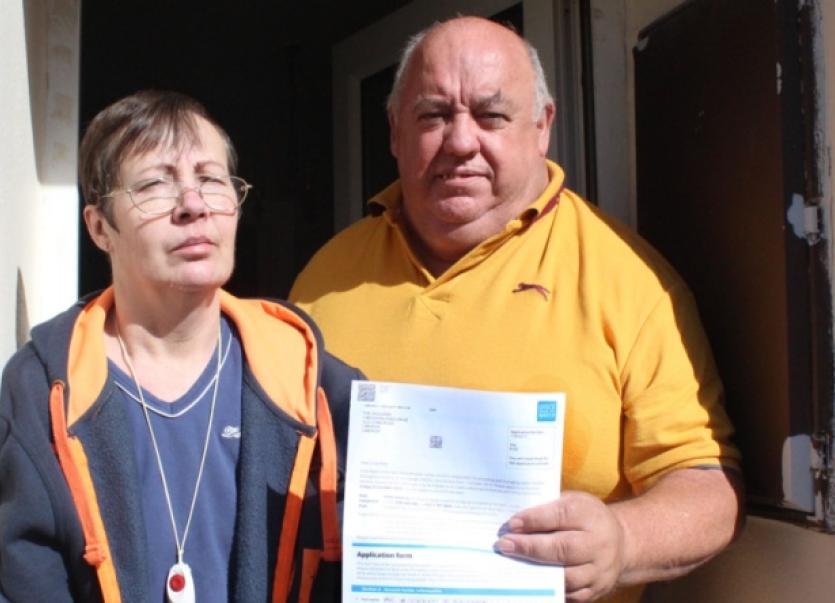 PROTESTS against water charges in Limerick are set to step up a gear, as the controversial charges came into effect this Wednesday with one Limerick man claiming he is being blackmailed for his personal details.

PROTESTS against water charges in Limerick are set to step up a gear, as the controversial charges came into effect this Wednesday with one Limerick man claiming he is being blackmailed for his personal details.

With increasing disquiet over the utility’s demand for PPS numbers Michael O’Connor, 58, of the Old Cork Road, who is willing to pay the charge, but unwilling to hand over his PPS number to what he believes will be a privatised company in the near future, says Irish Water is “blackmailing people”.

Others who refuse to comply will also be charged the same rate in the first year.

Mr O’Connor, who receives a carer’s allowance to take care of his wife who has MS, and is not claiming for any children in his household, said he is “totally disgusted” at having to give out his PPS number, but has no issue in paying the charges.

“I’m willing to pay my fair share, and willing to give my direct debit details. But why are Irish Water penalising people for not giving their PPS number? I’m not out on the road protesting, but I’m not going to give my PPS.”

The Commission for Energy Regulation has announced that customers of Irish Water are to have their metered charges capped at an assessed rate for the first nine months of use, as most people will not have metered bills until October of next year.

Until next October, there will be three assessed bills - in January, April and July. The charges, which kicked in this Wednesday, will run until next July, after which time those with a meter installed will pay based on consumption.

The first bill will arrive in January, and anyone with a meter will have their water use assessed and given a rebate if they have been overcharged. Others without a meter will pay the flat rate of at least €176 for one adult, or €278 for a home with two adults. Under the charges announced this week, a family of two adults and two children will pay an annual water bill of around €278.

Metered rates have been set at €4.88 for 1,000 litres of water for homes which need both waste and drinking water services.

If only one service is needed - if you have a septic tank or private water supply - the rate of €2.44 per 1,000 litres applies.

Customers who live in areas where the water is unfit for human consumption will not pay any water supply charge, once a boil water notice has been in place for at least 24 hours.

However, they will continue to be charged for waste water services.

Meanwhile, people who own a second home will pay a charge of €125 on their non-primary residence, reduced from €160.

In Limerick, a public meeting to launch the Anti Austersity Alliance’s (AAA) We Won’t Pay campaign was held this Wednesday night in the Clarion Hotel.

Mandate, UNITE, the AAA and others are organising a united national march against water charges in Dublin on October 11.