Prison sentence for ‘vicious assault’ reduced by a third 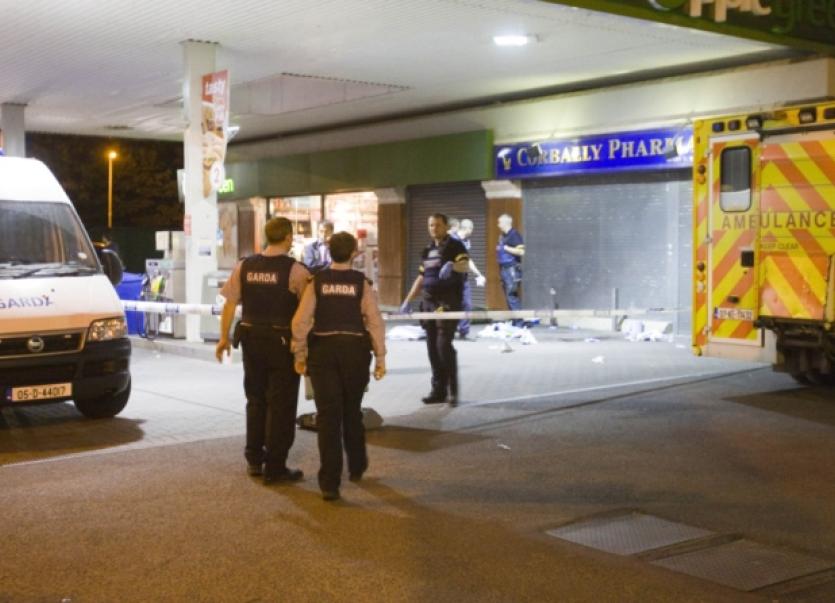 A YOUNG man who repeatedly kicked and punched a schoolboy at a petrol station on the outskirts of the city has had his prison sentence reduced by a third.

A YOUNG man who repeatedly kicked and punched a schoolboy at a petrol station on the outskirts of the city has had his prison sentence reduced by a third.

In November 2011, Adam Fitzgibbon, aged 20, who has an address at Lissanalta, Dooradoyle, pleaded guilty to intentionally causing serious harm to the then 16-year-old boy at the Applegreen petrol station in Corbally on the evening of July 23, 2010.

He was sentenced to 15 years imprisonment with the final three suspended.

During a sentencing hearing, at the Central Criminal Court, Mr Justice Paul Carney was told the unprovoked assault lasted for more than four minutes, at which point the victim stopped moving.

Fitzgibbon, who was aged 16 at the time and in the care of the HSE, inflicted 65 kicks and stamps to the victim’s head along with two stamps to his chest. He also punched him 26 times.

Eleven people witnessed the frenzied attack but it wasn’t until Fitzgibbon stopped momentarily that someone intervened.

There was evidence that he told gardaí he was “stoned out of his head on vodka and tablets” on the night.

The victim suffers deafness as well as memory and speech problems as a result of the injuries he sustained.

In a written judgement, which was handed down in March, the Court of Criminal Appeal found that mitigating factors in the case included the defendant’s age, his difficult background and his history of substance abuse.

Judge Frank Clark said the court believed the maximum sentence which should apply in the case was 12-and-half years.

With a three-year reduction being applied, Fitzgibbon was sentenced to nine-and-a-half years imprisonment.