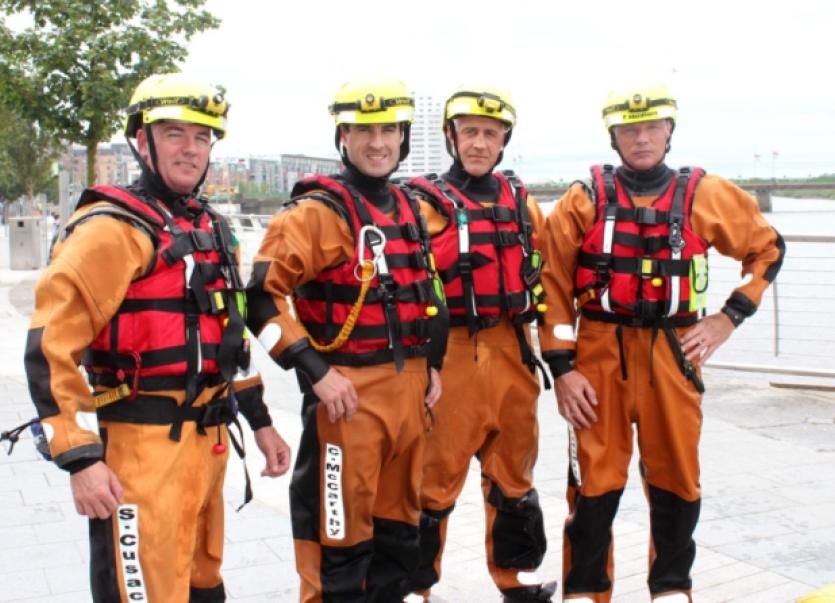 THE QUICK actions of two officers with Limerick Fire and Rescue Service helped save a man’s life today, after he entered the river at around 2pm.

THE QUICK actions of two officers with Limerick Fire and Rescue Service helped save a man’s life today, after he entered the river at around 2pm.

The man - believed to be in his mid-twenties - was rescued from the river shortly after 2 o’clock, just four minutes after the alarm was raised at the station.

Incident Commander with Limerick Fire and Rescue Service, Greg Costello, said three appliances and 12 fire-fighters were dispatched to the scene, which fortunately had a happy outcome.

“It was a successful rescue, which is always great. We had two lads in the river, swimming out to the casualty within four minutes of receiving the call. He had just gone down under the water but had resurfaced again, so our guys got to him.

“If it was another five to 10 seconds it could have been a different outcome altogether,” he told Limerick’s Live 95FM.

A craft was launched to rescue the two firefighters, and to haul the man from the water, with the craft later landing near Clohessy’s bar on Howley’s Quay.

He had been seen entering the water at Shannon Bridge, and as there wasn’t a strong current, he was picked up by rescuers a short distance away.

The Shannon Coastguard Helicopter and Limerick Marine Search and Rescue were also called to the scene but were not required.

Mr Costello explained that while they reached the scene first, the helicopter is automatically called, “wherever they may be, in case we need their assistance”.

The man has been taken by ambulance to University Hospital Limerick.