‘No justification for vandalism of church’ - Limerick priest 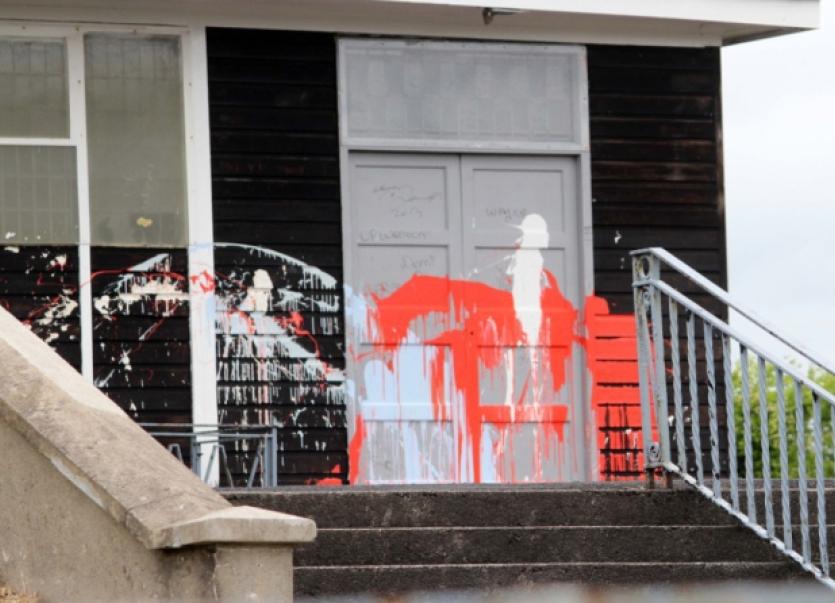 A PRIEST who has nearly brought to tears after witnessing the vandalism done to the local church has said there is “no justification” for what has been done after it was destroyed with paint.

A PRIEST who has nearly brought to tears after witnessing the vandalism done to the local church has said there is “no justification” for what has been done after it was destroyed with paint.

It has been speculated that the damage caused to a statue and the wooden facade of Our Lady of Lourdes Church on the Childers Road was prompted following the seizure of two wandering horses by authorities in the area.

Fr Damien Ryan said he is aware of the rumours, but said he believes there is no justification for what has been done and is not yet aware of anyone being questioned by gardai, even though he suspects he may know the culprits.

He said a mother of one of the culprits called him on the phone in tears, and he “can identify with her sorrow”.

“No one wants to bring a child into the world to do something wrong. I may have baptised these children, and it is my hope that as young people they’ll see the error of their ways and will grow up to be people that will enrich this community. It’s sad that it happened, but I am pleased with the outcome,” he said.

Inspite of the damage caused, Fr Ryan said when he looks back on his 12 years in the parish - which will come to an end in September - he will view it as one of the happiest periods due to the overwhelming response from the community.

He estimated that more than 100 people have come forward in recent days to help repaint the church, and lend their support in any way they could.

“There was a very sad beginning to the start of this week, but it has almost become like a community festival. There is a wonderful atmosphere in the parish,” he told the Limerick Leader.

Fr Ryan said his sorrow was not only in seeing the physical damage caused to the church, but seeing “the look of shame and shock on the faces of parishioners after they saw what had been done. There is poor investment here, alienation and violence, but this community is good in so many ways.”