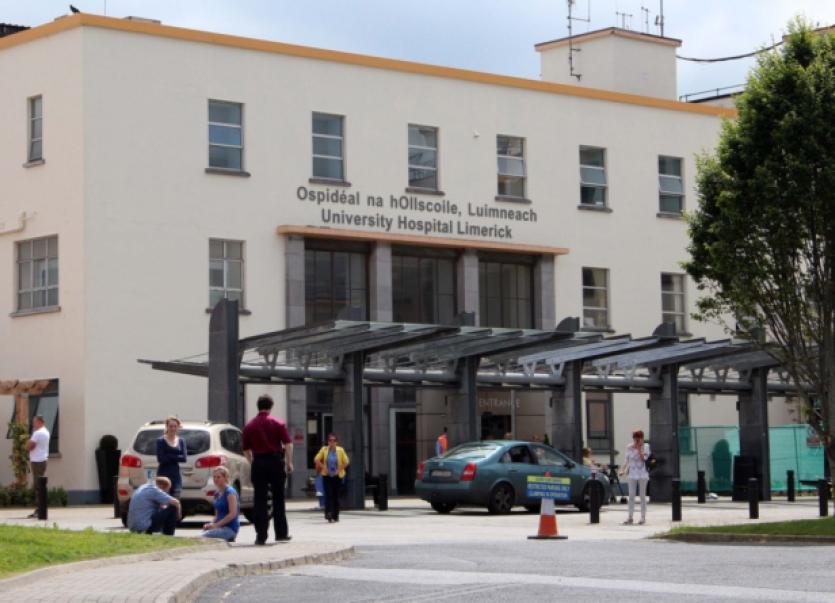 AN industrial dispute involving 500 hospital staff protesting over executive pay has been referred to the Labour Relations Commission.

AN industrial dispute involving 500 hospital staff protesting over executive pay has been referred to the Labour Relations Commission.

Members of the Impact trade union have this week commenced a work-to-rule at five hospitals in Limerick and across the region over the “excessive and unwarranted” salary being paid to a senior manager at UL Hospitals Group.

Both the union and management have stressed that the action, which began on Tuesday, has not affected patient care at University Hospital Limerick, Limerick Maternity Hospital, Croom Orthopaedic, Ennis or Nenagh hospitals.

The dispute centres around chief operations manager at UL Hospitals Group Liam Casey and his appointment through a management consultancy firm, Starline. Staff have objected to an arrangement which Impact says effectively sees Mr Casey being paid a salary of €250,000, far in excess of public sector pay guidelines.

But public pay caps did not apply to persons appointed under consultancy contracts, the Department of Public Expenditure has also said.

A spokesperson for the hospitals group said management was “disappointed that Impact has commenced industrial action”.

“The work to rule does not affect service delivery or patient care,” the hospitals group has stressed.

“The dispute has been referred to the Labour Relations Commission and an urgent meeting with the conciliation service has been sought to find a resolution to the dispute,” the spokesperson added.

Impact said on Tuesday night that it had accepted an invitation to attend an LRC hearing.

But the “limited” industrial action would continue in the meantime, the union added.

This sees up to 500 administrative and clerical staff refuse to take instructions from Mr Casey.

Nor will they “provide data to him, co-operate with changes directed by his office, or agree to relocate, redeploy or change assignments if instructed”.

Impact general secretary Andy Pike said the amount being paid to Starline for Mr Casey’s services would “cover the costs of at least five clerical staff to help the hospitals cope with increasing demands”. When the matter was raised at the Public Accounts Committee (PAC) last month, HSE director general Tony O’Brien defended the approach taken. He said the HSE had advertised for the post but it had proved “impossible to fill for a variety of reasons, as sometimes occurs”.

“Consequently, on an interim basis, pending the re-running of the competition, we used an agency-based approach. In other words, we brought in someone from an agency to fill the role,” Mr O’Brien said.

And the HSE has told the Limerick Leader that it is its intention to readvertise for the role.

But Mr Pike said Impact’s industrial action would continue for the time being.

“While the hospitals group is expected to take steps to fill the chief operations manager post, it still appears that they are intent on retaining this consultant on a salary way above the proper rate for the job. Our action will continue until we get confirmation that the Starline contract is finished,” he said.

The dispute comes at a time of uncertainty at UL Hospitals after group CEO Ann Doherty tendered her resignation to take up a new job at CEO of Cork City Council in September.

“Arrangements will be put in place to ensure that UL Hospitals continue to operate as normal,” a spokesperson said this week.