Labours of Hercules: Shannon to be a base for humanitarian flights 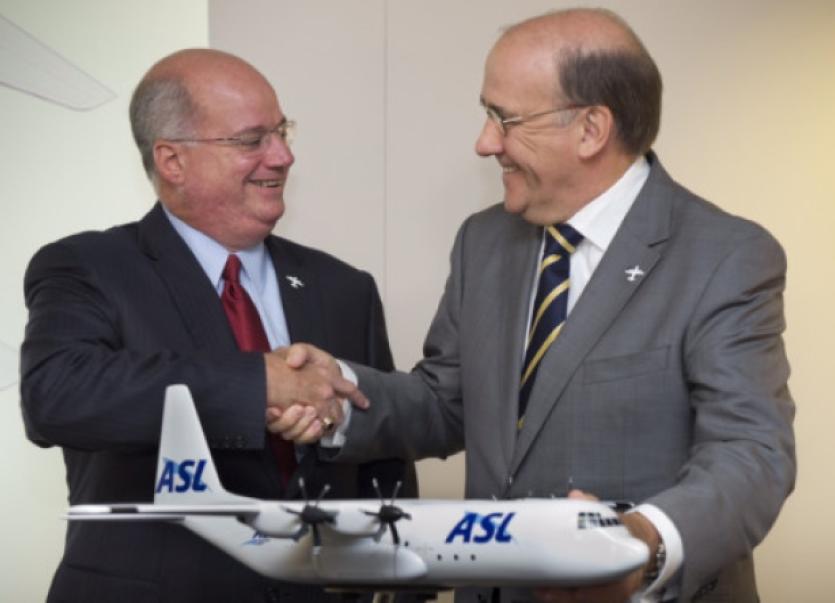 SHANNON will be used as a launching pad for humanitarian and environmental disaster relief efforts after the airport agred a partnersip with the ASL Aviation Group to base Hercules aircraft here.

SHANNON will be used as a launching pad for humanitarian and environmental disaster relief efforts after the airport agred a partnersip with the ASL Aviation Group to base Hercules aircraft here.

The plan is to initially base two L-100, the civilian version of the Hercules, in Shannon to be used on missions ranging from oil spill response to food aid.

ASL’s fleet of eight Hercules aircraft are currently fully tasked, working mainly in Africa with organisations such as the Red Cross and the World Food Programme.

But the intention is to base two planes at Shannon this year. One of ASL’s aircraft, a past visitor to Shannon, responded to the Deepwater Horizon oil spill in the Gulf of Mexico in April 2010. And the same plane was used for a fictional disaster in the Brad Pitt zombie movie World War Z!

The company plans to base crews and support staff in Shannon, adding to a growing presence at Shannon by the ASL Group. It already has around 40 staff here working in its maintenance division, Air Contractors, providing pilots for Aer Lingus transatlantic flights and working with Fedex.

The decision to base humanitarian response here follows the signing of a letter of intent by ASL with manufacturer Lockheed Martin this week to order up to 10 LM-100J commercial Hercules freighter aircraft to replace the older models over time.

“We’ve long relied on our L-100s to deliver results that no other aircraft can produce,” said Hugh Flynn, chief executive, ASL Aviation Group. “We take pride in our L-100 fleet and we eagerly look forward to our future as LM-100J operators. We are also very happy to be announcing Shannon as a new L-100 base. Shannon is already an important base for ASL and we look forward to growing our activity there in the months and years ahead.”

Shannon Airport chairman Rose Hynes welcomed the announcement as another early win for the International Aviation Services Centre at Shannon. “ASL is already a valued partner for Shannon Airport, and we are delighted that ASL has now selected Shannon as a new base for its L-100 Hercules operations.

“Shannon is a cost-effective and efficient base for specialist aircraft, such as these, that fly important missions to curb pollution and transport humanitarian aid. We’re proud to welcome them and we’re committed to helping ASL develop at Shannon.

While the attempt by TDs Clare Daly and Mick Wallace to board the military Hercules C130 this week has attracted the headlines, the L100s are civilian aircraft, the company said.

Planes on UN or oil spill relief missions would be distinctly branded as such.