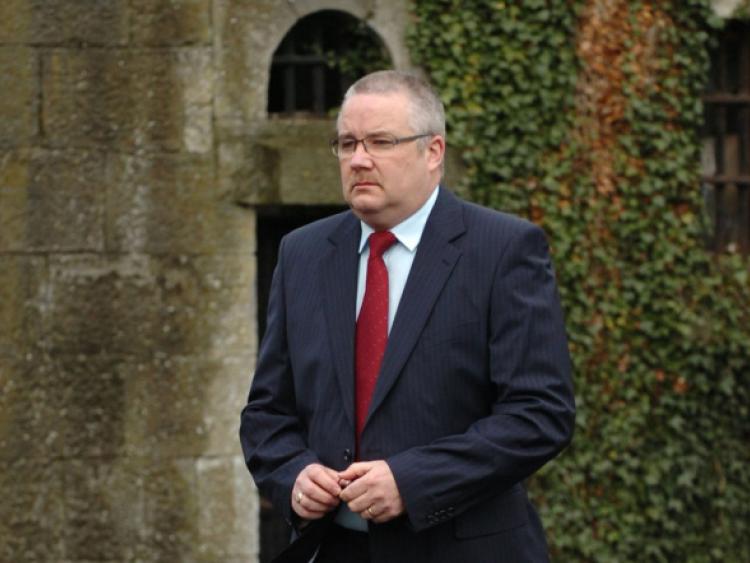 A LIMERICK paramedic who secretly recorded a female co-worker in a staff toilet admitted to gardai that he had done it “for his own pleasure”.

A LIMERICK paramedic who secretly recorded a female co-worker in a staff toilet admitted to gardai that he had done it “for his own pleasure”.

Nenagh District Court heard that 51-year-old Robert Murphy had concealed an iPhone in a box of disposable gloves on the windowsill of the unisex toilet and turned on the video mode.

Mr Murphy, of Lissanalta Grove, Dooradoyle, pleaded guilty to a charge of harassing his female colleague at their ambulance base in Tyone, County Tipperary on May 5, 2012.

Judge Elizabeth MacGrath had been told at an earlier hearing that one of Murphy’s female colleagues found the box of gloves with a number of holes punched on the toilet windowsill.

The accused had “held his hands up” when confronted on the issue by superiors.

The case, according to Judge MacGrath, amounted to a “serious breach of trust with a co-worker and that is a real difficulty”.

She added, however, that she had to take into account a number of factors relating to Mr Murphy, a father-of-three, including his previous good record, family traumas and the compensation he had offered to the woman who had been harassed.

“I have noted the previous history of the accused - the murder of his mother and a conviction recorded against his father,” said Judge MacGrath.

Born in California, Mr Murphy had come to Ireland after the murder of his mother when he was aged eight and his father was given a ten-year prison sentence for conspiracy to murder, the court had heard on a previous date.

The judge also referred to the serious illness of Mr Murphy’s wife and said that this would have a strain on anyone’s family life.

The case had been adjourned last December in order to allow Mr Murphy to engage fully with the Probation Services and for the sum of €5,000 in compensation to be paid over.

Solicitor Dan O’Gorman, for Mr Murphy, said that his client had done everything the court had asked and cooperated with the completion of two probation reports.

He told the court that the 51-year-old had and “extraordinary history” but was very remorseful for what he had done.

“This man has saved lives and put himself in the line of danger so he is owed something by this country. He has stepped up to the mark and now I am asking the state to step up to the mark,” said Mr O’Gorman.

There would be “very serious consequences” for Mr Murphy’s employment should a criminal conviction be recorded against him, he added.

“I don’t see how any service would be paid to the citizens of Ireland if a conviction was recorded against him,” said Mr O’Gorman who added that Mr Murphy has “pulled people from ditches at 3am and resuscitated them”.

This incident, he said, was a “once-off” and Murphy was at a low risk of reoffending according to the Probation Services.

Judge MacGrath noted that Mr Murphy came before the court without any previous convictions and that she took into account the psychological stress and the concerns expressed for Mr Murphy’s own safety.

“I have to take into account his very traumatic life and that he puts himself forward to front-line services in what he provides in his job.

“He has gone as far as he can go in terms of making amends, therefore it is appropriate to apply the Probation Act,” said the judge.