UL group to take on highest mountains in Europe and Africa 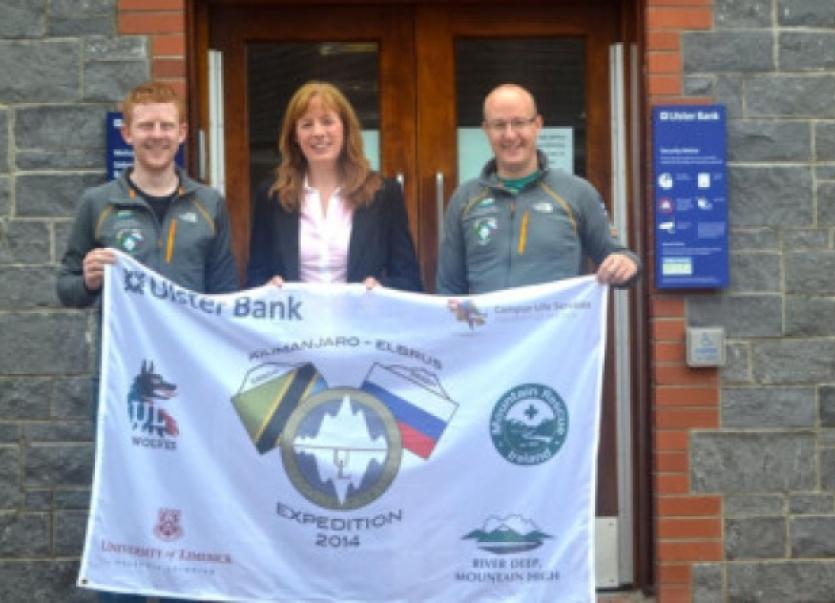 EIGHT students and graduates of the University of Limerick will be climbing two of the highest mountains in Africa and Europe next week to potentially save the lives of other climbers in Ireland.

EIGHT students and graduates of the University of Limerick will be climbing two of the highest mountains in Africa and Europe next week to potentially save the lives of other climbers in Ireland.

The students, who are members of the UL Outdoor Pursuits Club, will first climb Mount Kilimanjaro, the 5,895m summit in Tanzania, before flying to Russia to take on Mount Elbrus in the Caucasus mountain range.

In all, the group hailing from Clonlara, Cork, Kilkenny, Kerry and Waterford, is hoping to raise thousands of euro in funds for Mountain Rescue Ireland, a registered charity, through their online appeal.

Tomas Walsh, who is undertaking a PhD in psychology in UL, said their three-week adventure is the first time the club has departed on such a large mission in seven years, thanks to €20,000 in sponsorship from Ulster Bank - which is located on the university campus - via the UL Enablement Fund.

“It’s very exciting. This has been in planning for a year, and is the culmination of a lot of work. We’re very grateful for all our supporters for their help,” said Tomas, 31, who has been in the club, which offers activites such as mountaineering, hill walking, climbing, caving and orienteering, for four years.

“Thankfully no climbers have died on Irish mountains in quite some time, but we see the work that volunteers do almost every weekend on mountains across the country.

“It’s amazing work and a lot of it goes unnoticed. They are all volunteers, and just a third of their funds come from the State,” he told the Limerick Leader.

The group also received assistance from River Deep Mountain High, which supplied their equipment, and Campus Life Services, which also made a donation to their cause.