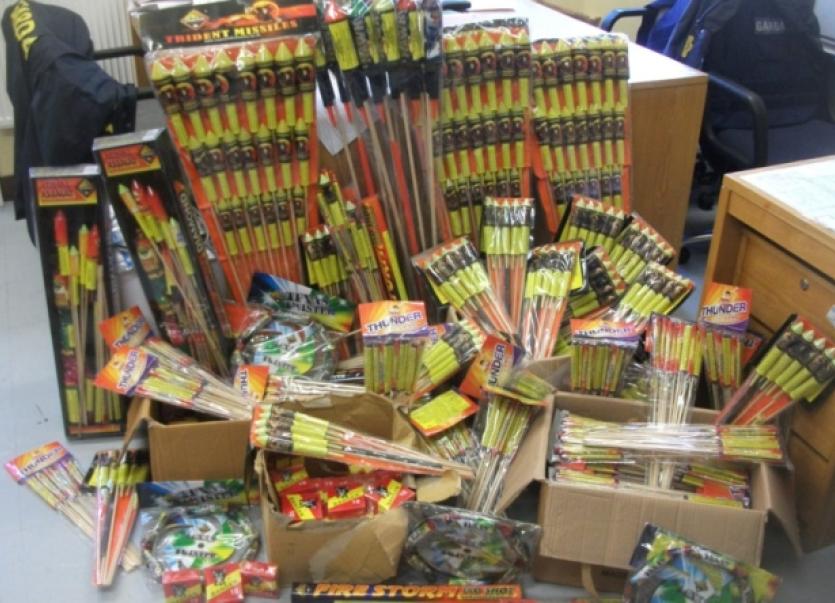 Gardai targeting the sale and supply of illegal fireworks have made another significant seizure.

Gardai targeting the sale and supply of illegal fireworks have made another significant seizure.

As part of an intelligence led operation - code named Tombola - gardai from the Shannon Detective Unit carried out a planned search of a house in the Rossbracken Housing Estate in Shannon yesterday afternoon.

A large quantity of assorted fireworks and bangers with an estimated street value of up to €2,000 were discovered and seized.

There were no arrests and the investigation is ongoing.

The seizure follows a similar operation at Kilmallock Mart in County Limerick on Bank Holiday Monday.

Fireworks worth €20,000 were seized during that operation, which was carried by gardai from the Bruff district and Customs officials.

Five people were questioned about the seizure and investigations are continuing.