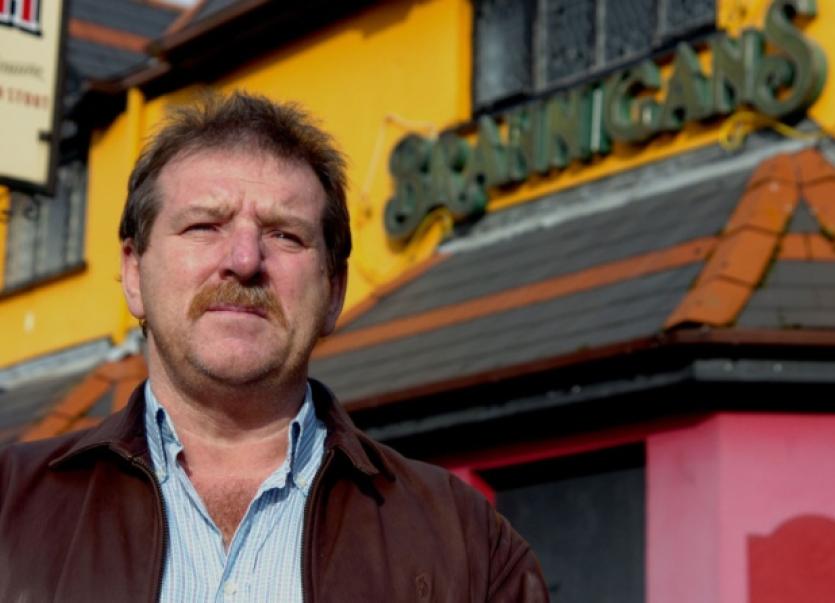 THE father of Limerick murder victim Roy Collins has described how he talked with his son and comforted him after he was shot in the amusements arcade he operated.

THE father of Limerick murder victim Roy Collins has described how he talked with his son and comforted him after he was shot in the amusements arcade he operated.

Steve Collins, who was giving evidence in the trial of two Limerick men who are accused of murdering his son, told the Special Criminal Court that he was working at the adjacent Steering Wheel bar at the Roxboro Shopping Centre when the shooting happened on April 9, 2009.

He told Michael O’Higgins SC, prosecuting, that he had arrived at the pub shortly before 8am on the morning of the shooting to get the premises ready before it opened.

The three judges were told that Mr Collins received an armed garda escort as he travelled from his home to work that morning as he was under protection at the time.

In his evidence, Mr Collins, who were a lilac open-neck shirt and jacket, said his son, Roy Collins, 35, came into the pub at around 11am, shortly before he was due to open the Coin Castle Amusements.

Steve Collins told the non-jury court that he chatted with his son for a few minutes and that he seemed to be in “good form” when he spoke with him.

When asked by Mr O’Higgins the witness said there was nothing unusual or out of the ordinary about the morning.

Steve Collins, who is alleged to have been the intended target on the day, told the court that he first became aware of the shooting when a barman from his pub ran into his office and said there was a “fella bleeding next door”.

Mr Collins told the three female judges that he ran into the Coin Castle Amusements Arcade, where he saw his son “on the ground holding himself up” towards the back of the premises.

Roy Collins was bleeding heavily, the court heard, and was gasping for breath.

Steve Collins described how when he arrived his son told him, “I’m after being shot Dad” but that he could not say who had shot him.

The court heard that Steve Collins stayed with his son and tried to comfort him as best he could until the ambulance crew arrived and removed him to the then Mid Western Regional Hospital, where he died from his injuries less than an hour later.

Being cross-examined by Remy Farrell SC, for Wayne Dundon, Steve Collins confirmed there had been an incident involving him and his son, Steve Jnr, a number of months after the shooting.

The court was told that he and his son had pulled in near the municipal weigh bridge at Childers Road and another car pulled up along side them. He said the car was being driven by a woman with blonde hair and that there were number of “adult males” also in the car.

Mr Collins told the court that a number of occupants of the car made “gun gestures” with their hands before driving off.

Steve Collins said he followed the car to the Hyde Road area and alerted gardai.

After completing his evidence, Mr Collins remained in the courtroom where he sat with several members of his family.

The trial is continuing today.