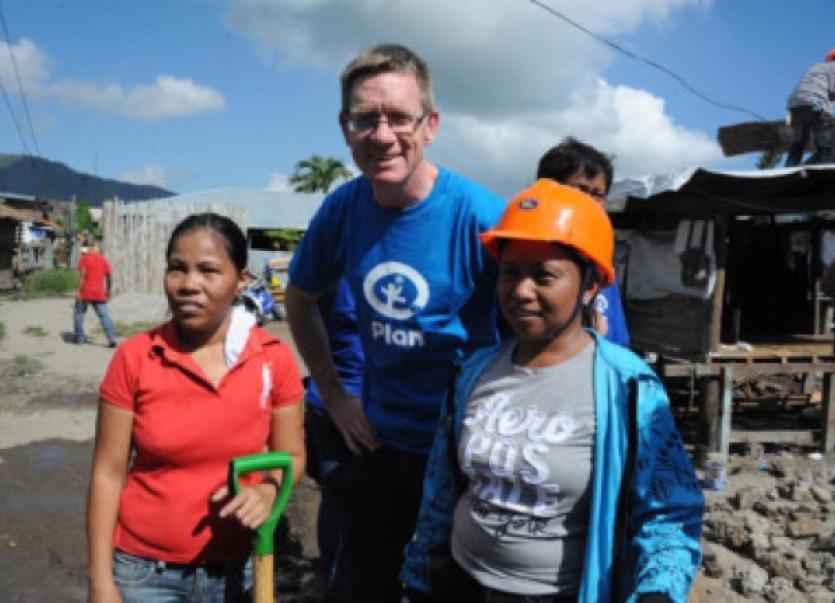 RAHEEN native and chief executive of the children’s charity Plan Ireland has praised the contribution of Limerick people to the relief effort in the Philippines, following the devastating storm which decimated the nation six months ago.

RAHEEN native and chief executive of the children’s charity Plan Ireland has praised the contribution of Limerick people to the relief effort in the Philippines, following the devastating storm which decimated the nation six months ago.

David visited the Philippines on the six month anniversary of the storm to assess the level of recovery and to see how Plan Ireland had used the generous donations given by Irish people.

“Thanks to the generous support from the Irish people, including the people of Limerick, the Philippines has come a long way in a short space of time,” David said this week.

“Plan has provided 1.5 million people with emergency food provisions, supplied over 23,000 families with emergency shelter and distributed over 100,000 water and hygiene packs. Due to this response and the resilience of the Filipino people, the country is slowing getting back on its feet.

“Many of the people I met were especially thankful to the Irish people for their support and thanked me for our response,” he said.

However, he said millions remain homeless and vulnerable, and the spread of infectious diseases remain a major concern while reported cases of child abuse and trafficking have risen.

“My visit showed me that preparedness works. If Plan is able to continue rebuilding communities in affected areas and supporting child development, the Philippines can meet the challenges which lay ahead,” he said.

Founded over 75 years ago, Plan is one of the oldest and largest children’s development organisations in the world, and works in 50 developing countries across Africa, Asia and the Americas to promote child rights and help lift children out of poverty.