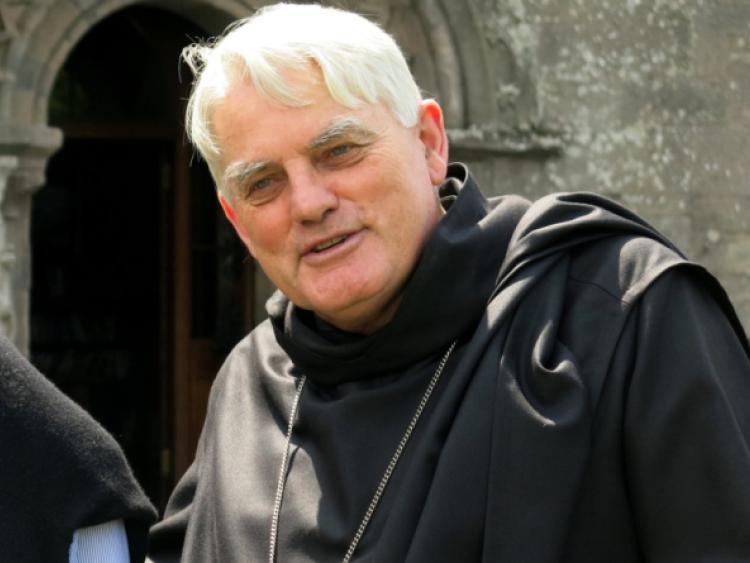 THE ABBOT of Glenstal, Mark Patrick Hederman has unreservedly apologised to “those who have been abused by members of our community”.

THE ABBOT of Glenstal, Mark Patrick Hederman has unreservedly apologised to “those who have been abused by members of our community”.

Br Hederman welcomed this week’s publication of review of safeguarding practice in Glenstal Abbey. Forty-four out of 48 safeguarding criteria are fully met in Glenstal Abbey, with the remaining four criteria partially met. The report forms part of the fifth tranche of reviews carried out by the National Board for Safeguarding Children in the Catholic Church (NBSCCCI). Reports on eight other church bodies were also published.

The reviews have two objectives – to establish how concerns of child abuse have been managed in the past; and to evaluate the efforts that have been made to create safe environments for children to ensure their current and future safety.

A total of ten safeguarding allegations have been made against six members of the Glenstal community since January 1, 1975.

Half of these pertain to alleged offences in locations other than Glenstal. Of the six monks concerned, two are now deceased, two are no longer members of the community and one lives in retirement under a supervision contract. The allegation against the sixth monk was found to have no basis in fact and was “completely malicious”.

The report reads that the first of the deceased had admitted his abuse and had been referred for assessment to an appropriate clinical facility.

“This monk was removed from contact with children and was eventually subject to a formal Canonical Precept issued by the Abbot in 2005.

“He was only allowed to reside in the monastery during school holiday periods and a risk management plan was in operation. His case was referred to the Congregation for the Doctrine of the Faith, which determined in 2007 that he was not allowed to exercise priestly ministry.”

In relation to the second deceased monk, an allegation was received long after the man’s death. The veracity of the complaint could not be established. In both cases, the four complainants who were identified were all provided with counselling and other supports by the community. Two former monks, against whom allegations were made and who are still alive, left the Benedictine Community at Glenstal Abbey.

“The first of these was quite problematic, in that the abuse of a student 14 years previously, which was subsequently admitted, took place in the precincts of the school.

“The monk involved was immediately removed from contact with children once the allegation had been received and he was subject to severe restrictions on the Glenstal Abbey campus. This monk was provided with appropriate therapeutic intervention. He was dismissed from monastic life and from the clerical state by Papal decree.”

The Benedictine Community at Glenstal Abbey provided the victim with a range of appropriate supports.

“The second man who left the Benedictine Community in Glenstal Abbey had made his final solemn vows. It was alleged that he abused an adolescent boy during a work trip abroad. The victim has been identified and supports have been offered but have been declined. The offending monk sought and has been granted dispensation from his vows in Rome,” reads the report.

The remaining two cases relate to Benedictine monks who are living and who are attached to Glenstal Abbey.

In the case of one of these, the allegations made by a third party have been found to have no basis in fact and appear to have been “completely malicious”.

“No complainant has been identified. Best practice guidance was followed in this case and the monk was subject to significant restrictions on his ministry while a garda investigation was conducted and deliberations by the Office of the DPP were awaited. It has been an event of great consequence for this monk to have been the victim of a malicious allegation and the reviewers believe that he has suffered a grave injustice as a result of the actions of the third party reporter.”

The last monk about whom child safeguarding concerns arose is retired. The matters complained of happened in another jurisdiction almost 45 years ago and have been fully investigated by the civil authorities there and full information has been shared with the Review of Safeguarding Practice in the Benedictine Community, Glenstal Abbey, gardai and HSE in Ireland.

“The monastery in the foreign jurisdiction attempted outreach support to the complainant. The monk is subject to a supervision contract which restricts his movements and activities. This includes a clear direction that he is to have no involvement in school or after-school activities or in any way to interact with the school’s students.

“He has to inform the prior of his whereabouts, and he is prohibited from wearing his clerical garb outside of the monastery. The parents of all of the students attending Glenstal Abbey School have been informed of his presence in the community and of the restrictions under which he lives.”

The report found that, “In general, the Benedictine Community in Glenstal Abbey has managed the concerns that have arisen well and there is no evidence that any child was placed at risk due to any inaction on the part of the various abbots involved”.

Br Hederman said he was happy that this report was being published and fully accepts the findings made by the reviewers.

“Reading it, my thoughts and prayers are primarily for those who have been abused by members of our community, and I apologise to them unreservedly on behalf of the Glenstal community.

“I pray that the God of peace will bring healing, and I guarantee our commitment to the safeguarding of young people in Glenstal now and in the future.

“We asked for this review and cooperated fully with the NBSCCCI at all stages of the process. And so I am very pleased that our efforts to ensure that Glenstal is the safest possible environment for young people have been recognised and endorsed in this report.

“Yet, there is no room for complacency. Ensuring that young people who come to Glenstal are kept safe is an ongoing task, and requires from us constant education, vigilance and review.

“We are committed to this task, and today’s report and recommendations will help shape our safeguarding efforts for the future. Work on implementing the recommendations has already begun,” said Br Hederman, who urged anyone who has experienced abuse and has not yet come forward to do so “either to us here in Glenstal or to the gardaí or the Child and Family Agency”.

The reviewers commended Glenstal’s openness and transparency with the parent body of Glenstal Abbey School and the good spirit of cooperation which exists with the gardaí, HSE and NBSCCCI in dealing with these allegations.

As part of the monastic community’s commitment to best practice in safeguarding, a comprehensive guide, Safeguarding Children Policies & Procedures, was produced in January 2013. All monks, staff and volunteers in Glenstal must abide by these policies and procedures. The report refers to this booklet several times, describing it as “an excellent and comprehensive document”,

The report particularly highlights Glenstal’s commitment to making its school a safe place for children and young people, commending the Board of Management and the monastic community for putting in place “an excellent network of important and connected policies and procedures to keep children safe”. The school’s policy against bullying is called “an exemplar of its kind”.

Overall, the reviewers report they were “impressed that the monastic community at Glenstal are aware of and take seriously their responsibilities towards any person who has been identified to them as having been abused at any time by one of their number”.