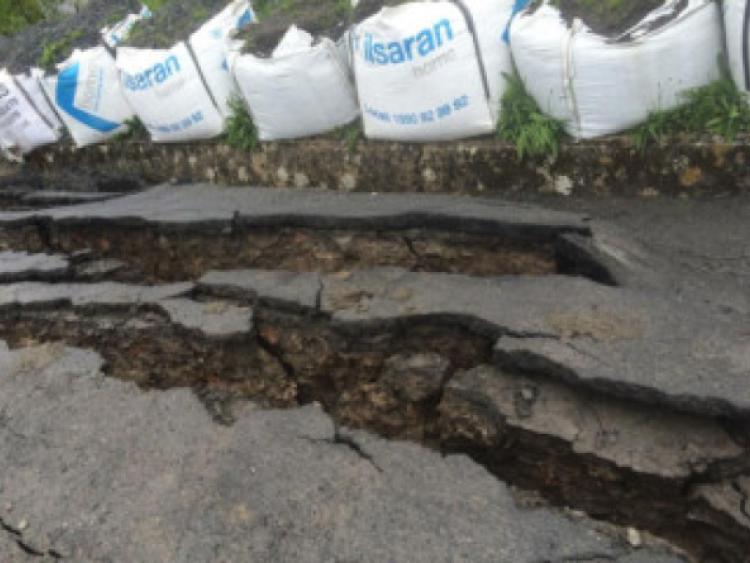 THERE have been fresh calls this week for the Minister in charge of the Office of Public Works (OPW) to visit Limerick after part of the Island Bank split in half.

THERE have been fresh calls this week for the Minister in charge of the Office of Public Works (OPW) to visit Limerick after part of the Island Bank split in half.

Residents are now fearful of a repeat of the dramatic floods which did hundreds of thousands of euro worth of damage on the King’s Island - and are demanding answers from Minister Brian Hayes, who visited the area in the immediate aftermath.

At the time, he promised significant funding for permanent defences to ensure that such an event never happens again. But residents are still waiting for a firm funding commitment, while city engineering staff have moved in to carry out short-term remedial work.

Local councillor Gerry McLoughlin said it was “lucky” the bank split during this period of calm weather, otherwise St Mary’s Park would be “finished”.

However, Limerick City Council has reassured residents there is no danger of floods.

But the council did admit it still has “no indication” as to when the Government will announce funding for permanent flood defences.

As a result of this, residents and local councillors have demanded more urgency following the split – compared to an “earthquake” by Cllr McLoughlin.

“If we did have a high tide, everything would be washed away. Thankfully this has happened at a good time, and hopefully the proper foundations will be pout in place now. But I think we got lucky that we got this during quiet weather period. If it was at another time, it would have been finished, it would have been a disaster,” he added.

He said it is critical Mr Hayes attends Limerick to reassess the situation.

“He came down, but we have not heard anything from him since. We are really hoping for him to come down again.”

Cllr McLoughlin also questioned how much control the City Council has in the flood repair works it can do, and how much would have to be approved by the OPW.

A council spokesperson said although they have “significant autonomy” to carry out works, they are “constrained by available funding”.

“The Council have applied to government for funding to carry out the construction of a permanent flood defence system in St Mary’s Park.”

They said when doing any work, they must consult with the OPW, the National Parks and Wildlife Service and Inland Fisheries.

The spokesman added the works being done at present will “provide a necessary defense in the medium term”.