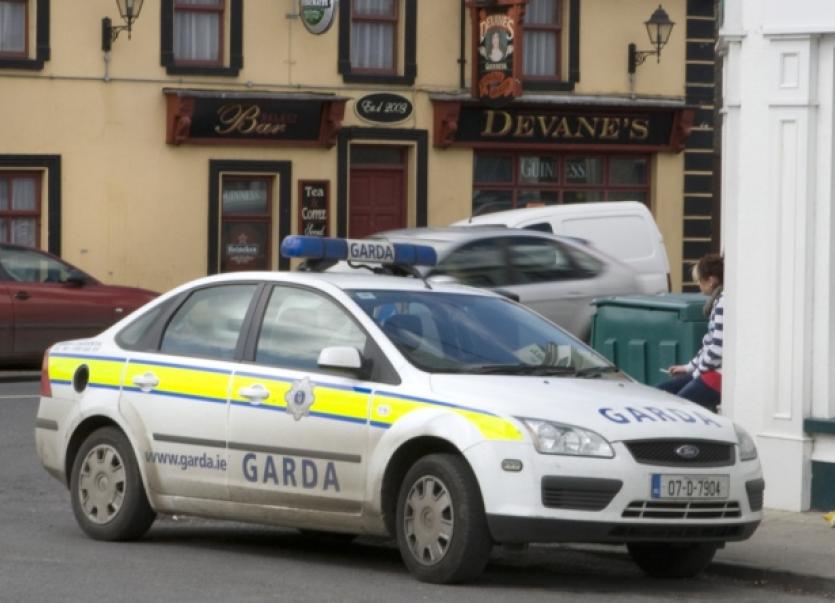 A PENSIONER who stabbed a fellow punter in a pub in a dispute over a bet was “lucky he was not facing a homicide charge”, Judge Carroll Moran has said at Limerick Circuit Court.

A PENSIONER who stabbed a fellow punter in a pub in a dispute over a bet was “lucky he was not facing a homicide charge”, Judge Carroll Moran has said at Limerick Circuit Court.

Holman’s dispute with Mr O’Brien, 49, arose from a bet placed on a race in the Aintree festival. The court heard that four men had placed three bets on one docket and believed they had one winner. But the bookmaker had refused to pay out as the handwriting on the docket was not clear and there was confusion between the numbers one and seven.

Holman believed the stake had been returned by the bookie to Mr O’Brien and that he had not been given his share back.

“He took the view that money (the stake) had been paid out and that he didn’t get his share,” said Holman’s barrister Brian McInerney. “He got it into his head that there were others who were laughing at him behind his back.”

Matters had come to a head and the two men had got into an argument in Devane’s pub on the afternoon of April 13.

Holman had then left the pub and was “brooding” on what had happened as he made his dinner at the house on Main Street, Hospital, where he lived alone at the time. He picked up a kitchen knife and returned to Devane’s. He stabbed Mr O’Brien once below the right ribcage and also made a slash at his face before other customers separated them.

“I didn’t think about giving him a chance. I went straight for him,” Holman told gardai in a subsequent interview.

Sgt Ted Riordan, Bruff garda station, said that when Holman had been found in another pub in the village, Carmody’s, at 7.45m, he had blood on his face and clothing. He made admissions and brought gardai to his house across the road, where he showed them the bloodied knife.

Mr O’Brien suffered abdominal bleeding and a laceration to the liver. He spent one night in intensive care, two more in high dependency and was discharged from hospital after a week. Doctors were satisfied that the wound to his liver had healed, the court heard.

In his victim impact statement, Mr O’Brien said he has had trouble sleeping and suffered nightmares since the incident. He feared socialising late at night and could no longer watch violent TV shows or films.

Holman, Mr McInerney said, had moved from Hospital to Castleconnell since the incident. He had worked for many years in the UK as a driving instructor, had moved back to Ireland after getting divorced and had less and less contact with his family in Britain.

“He lived a quiet and isolated life whose only outings were to the local pub to place a few euro on horse races he would watch on television. He acknowledges he became withdrawn in himself,” the barrister said.

“Like many single men who are isolated, he took comfort in the local hostelry and he was drinking quite heavily in this period.”

Before the court was a man who had reached the age of 78 without ever having been in trouble before and somebody who had serious medical problems of his own, including coronary disease and diabetes. Mr McInerney also appealed to the judge to give the accused credit for his fulsome admissions to gardai.

“This is a very serious matter which arose out of a very trivial incident,” Judge Moran said

“For all he knew he could have killed him or caused some severe permanent injury and it was no thanks to Mr Holman that the injured party recovered.”

Use of knives was always major aggravating factor and the judge also referred to the deliberate nature of the attack where “he goes home, thinks about it, returns to the public house and stabs him”.

But the judge took into account Holman’s plea and co-operation, his good record, his age and medical problems in imposing a three-year sentence which he suspended for three years.

Holman gave an undertaking to abstain from alcohol.