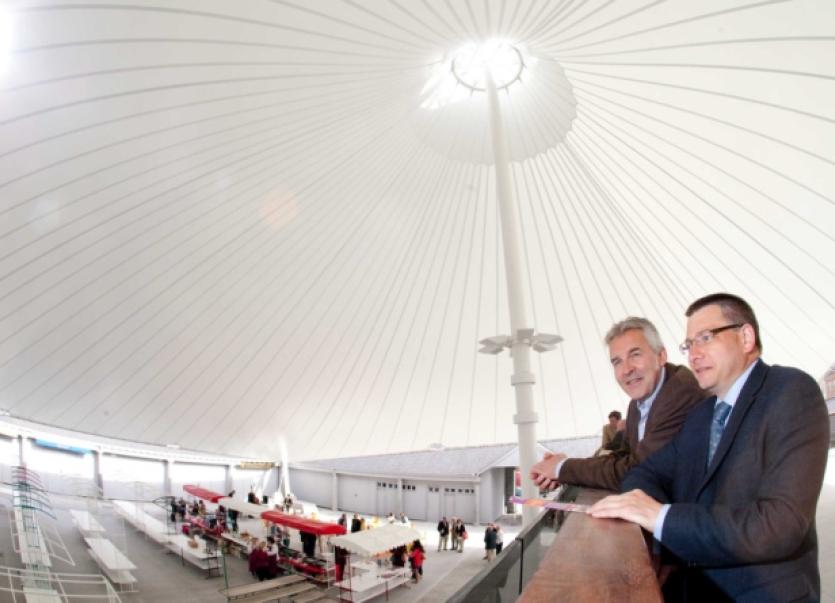 THREE Limerick projects have been honoured at the National Planning Awards ceremony, held in Dublin.

THREE Limerick projects have been honoured at the National Planning Awards ceremony, held in Dublin.

Limerick Smarter Travel, the Limerick Milk Market and King John’s Castle, have all been honoured by the Irish Planning Institude at a showpiece event in Dublin Castle.

Mayor Kathleen Leddin and the County Council’s vice-chairman Cllr John Egan were present in Dublin to see the Limerick winners clean up.

It was awarded a Commendation in recognition of what the judging panel felt was “an excellent example of a project promoting a modal shift towards more sustainable methods of transport”.

The project was described by judges as recognising “the crucial importance of using major change in the travel patterns of primary and secondary school children as a catalyst for behavioural change across communities”.

Elsewhere, the Limerick Milk Market and King Johns Castle were up for achievement awards under the Heritage Planning category which recognises excellence in the conservation, preservation and re-use of buildings, features and landscapes of heritage importance as part of a plan or project.

The Milk Market scooped the top prize in this category on the night, after being nominated by Healy and Partners Architechts, based in Glentworth AStreet.

The judging panel considered that the project was strong in recognising “the importance of vibrant markets and historic environment in attracting tourist and in contributing the long-term vitality and viability of the city”.

Meanwhile, King John’s Castle was awarded a commendation in the same category for what the judging panel described as “an exemplar regeneration within the confines of a sensitive cultural and historical site”.

Mayor Leddin congratulated all involved in the three projects.

“It’s a great honour for Limerick to take home three of these awards which highlight the best examples of planning practice in this country and which have made an outstanding contribution to the quality of life in Limerick,” she said.

Cllr Egan added: “The re-development of King John’s Castle has been a resounding success and the Milk Market now has another trophy to add to its collection”.