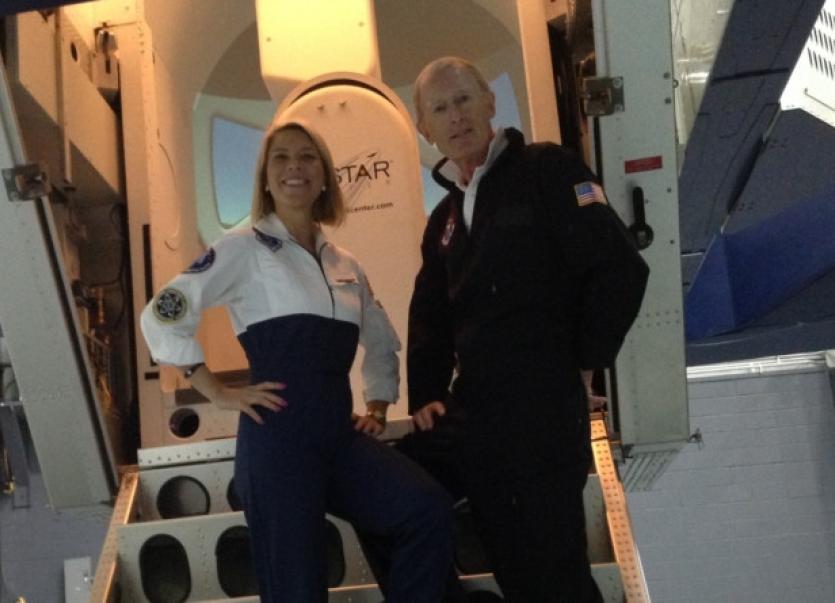 A LIMERICK man who has spent over €70,000 in his decade-long mission to become the first Irishman in space hopes to orbit next year.

A LIMERICK man who has spent over €70,000 in his decade-long mission to become the first Irishman in space hopes to orbit next year.

Cyril Bennis, 65, the former Lord Mayor of Stratford-upon-Avon in England, has been in intensive training in the Nastar centre in Philadelphia for several weeks, following earlier flight simulation expeditions in California and Kansas.

He now believes he has completed all of the necessary training, and hopes to orbit next year along with just one pilot. He was the oldest person undergoing training at the centre, but said “I don’t do age” and isn’t fazed by any obstacle. “It’s probably the most daunting of all my experiences to date in doing eccentric things. This has to be the most unbelievable and awesome experience. It’s a cliche, but it is out of this world. I’m trying to understand what I’ve gone through, but it will probably only hit me in a few weeks time,” he said, speaking from Denver.

“It’s a very proud moment for me - I’ve secured my wings and I’ll now be able to go up into space. I would never have thought growing up in Limerick that one day I’d reach the heights of space. I’m glad all the training is behind me now, because it has been very intense and extreme going through this space course. I’m doing everything I can to make sure I’m in peak condition - it’s not like getting the bus down to Tralee. This is a very serious and important step forward for space tourism,” said Cyril, who has competed in marathons and ultra-marathons across the globe.

Originally from the Fairgreen, Cyril said he doesn’t drive or own a car, he laughed that he has now been deemed medically fit to fly an airplane.

He has been fascinated by space from an early age when astronaut John Glenn, who in 1962 became the first American to orbit the earth, visited his school, CBS Sexton Street. “I always thought what did it take to get out there, and what did we have to do? It’s going to be a dream come true.”

In preparation for his mission, he has spent time at a facility in Kansas, where he has been getting used to floating in zero gravity and has trained in the high altitudes of the Rocky Mountains in Boulder, Colorado. He has also competed in the Marathon des Sables in North Africa - running 151 miles in six days across the Sahara.

While previously it has been stated that only US citizens can board these flights - where passengers will see earth from 62 miles above - he now understands that the route has been cleared for many people from outside the US to take part.