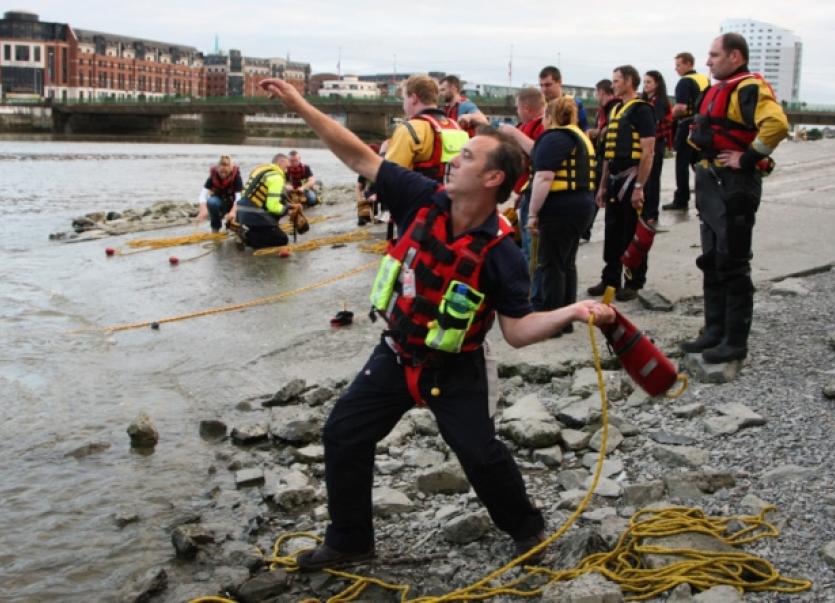 TWO charities which provide support to people around the River Shannon area teamed up to re-enact a dramatic river rescue.

TWO charities which provide support to people around the River Shannon area teamed up to re-enact a dramatic river rescue.

There, Limerick Marine Search and Rescue gave CSPP a grounding in how to rescue someone drowning in the river, by placing someone in the water, and showing how they should be recovered.

Until now, CSPP volunteers had not trained to do this. Three nights each week, CSPP walk the banks of the Shannon in a bid to prevent people jumping in.

Chairman Paul Hogan said: “Thankfully up to now, we have not had to physically pull anyone from the river. But sadly, it is only going to be a matter of time until we find someone in the river. We didn’t have the skills to retrieve them. This is why we called on the professionalism of Limerick Marine Search and Rescue.”

The training was done for awareness purposes, and it is hoped CSPP will never have to put the skills into practice.

But Paul said they learnt a number of new skills, including the correct way in which to pull someone from the water.

This, Paul said, was the most surprising aspect of the changing.

“Up to now, our training has been on dry land. But there is nothing like doing it in the river. We learnt a lot that we don’t know,” Paul said, “It gave us the extra confidence on techniques - how to throw the bag, how to walk down steps, and how to make ourselves safe.”

It is hoped that Limerick Marine Search and Rescue will hold regular training sessions with CSPP.

Garryowen man Joe Morgan, coxing officer with Marine Search and Rescue said: “Our main concern is the lads do not get hurt. The priority is our own safety first.”

Westbury native Ian Cunningham, secretary with search and rescue, added: “It was great for the two organisations to get to know each other, get a feel of each other, and see what each other is about. It was all positive.”

Paul added that in the last few months, CSPP has become more professional.

“There are lots of things we have had to learn: simple things like water awareness. Most of us have done the ASSIST course, and new members are waiting to do it,” he said.