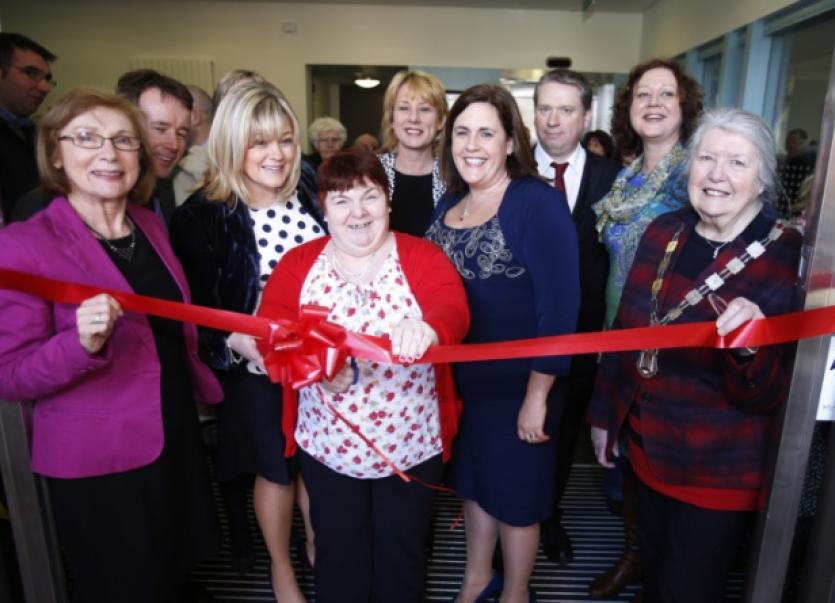 A DEVELOPMENT which will provide accommodation for people with intellectual and mental health difficulties has opened.

A DEVELOPMENT which will provide accommodation for people with intellectual and mental health difficulties has opened.

Housing Minister Jan O’Sullivan cut the ribbon at the official opening of a new block of apartments in Parnell Place, beside the station.

The purpose built facilities include 35 units of supported and independent living space for people with disabilities and people who are disadvantaged, has come about after care charity RehabCare linked up with City Council, and the Nutgrove Housing Association to build.

The development has also been made possible, thanks to support from the Department of the Environment, Community and Local Government, and JP McManus.

The land was provided by the Presentation Order, who will share some of the units.

One of the first tenants of the new accommodation Pat O’Reagan said: “Even the small things like owning my own key is something I thought I might never have. I’m learning new skills, like cooking for myself, which was something I did not do a lot of before I moved in here.”

Ms O’Sullivan added: “I think it was less than two years ago that we were down in City Hall announcing this development. Now it is up and running, and people are living in it, and that is just fantastic.”