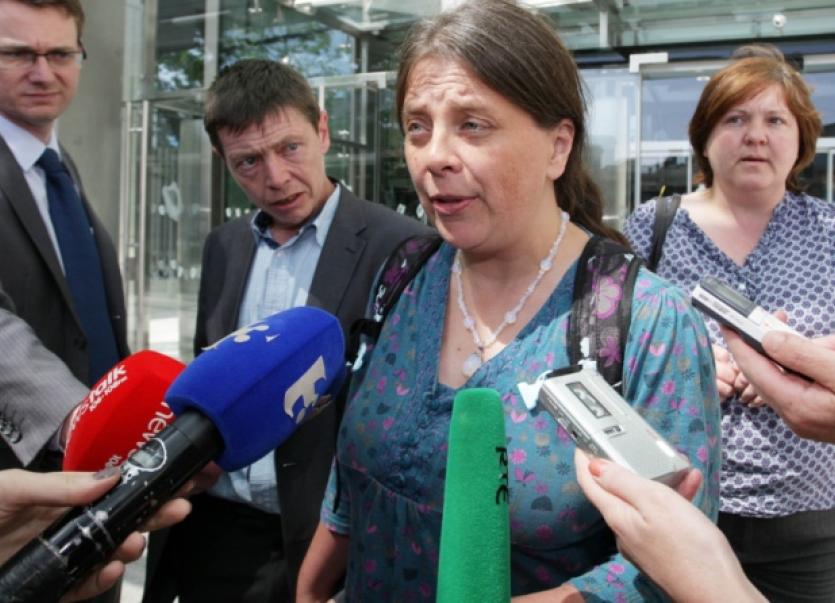 THE mother of a 20-year-old woman murdered in Newcastle West in 2010, has called on Paddy Power to apologise over the controversial Oscar Pistorius trial bet.

THE mother of a 20-year-old woman murdered in Newcastle West in 2010, has called on Paddy Power to apologise over the controversial Oscar Pistorius trial bet.

And she accused the betting company of profiteering from other people’s hell.

Maria Dempsey is the mother of Alicia Brough, who was murdered, along with her friend Sarah Hines and Sarah’s children Reece, 3, and Amy, 5 months at a house in Hazelgrove, Newcastle West on November 15, 2010.

The man who carried out the brutal murders, John Geary, was subsequently sentenced to life imprisonment.

But speaking to Joe Duffy on Liveline this Tuesday, Maria Dempsey spoke of her hurt and horror at Paddy Power’s so-called “novelty” bet as to whether Olympian and ParaOlympian, Oscar Pistorius would “walk” following his trail for the murder of his girlfriend, Reeva Steenkamp.

“Murder isn’t a sport. It is a reality,” she said.

And she believes Paddy Power should withdraw the bet, apologise to the families of victims of murder and manslaughter and make a donation to AdVic.

“There is no empathy coming from them for the victims.”

“I do want to represent the voice of families who have been affected by murder or manslaughter,” Ms Dempsey said. “Reeva’s family are going through hell, have been through hell. They have lost their daughter.”

But she continued, the Paddy Power company is “profiteering” from the issue.

“People are empathising. They are profiteering. I would love them to take back what they are doing now.”

Responding to the controversy that had arisen over the Pistorius bet, the CEO of Paddy Power, defended the “novelty” bet saying it was “cheeky and fun”,

But Ms Dempsey said; “It is publicity. Thankfully, he hasn’t been through murder. “Otherwise, he wouldn’t be speaking like that. It is publicity,” she said.

Shortly after her daughter’s murder, Ms Dempsey, described her as a “beautiful-hearted, kind and considerate” girl.

“She was so special to us. She was a kind and caring soul, who always tried to help others along the way. She enjoyed music, laughter, and good conversation, and was never afraid to question things,” she wrote at the time.

The family had moved from North Staffordshire to begin a new life in Rockchapel about five years before the tragedy that ended Alicia’s life.

The Advertising Standards Authority of Ireland has already received 50 complaints about the Paddy Power ad which states: “It’s Oscar Time. Money Back If He Walks. We will refund all losing bets on the Oscar Pistorius trial if he is found not guilty.”

The Advertising Authority in Britain have also received complaints while an online petition on change.org calling for the withdrawal of the novelty bet has clocked up more than 110,000 signatures.