Man assaulted woman within week of getting suspended sentence 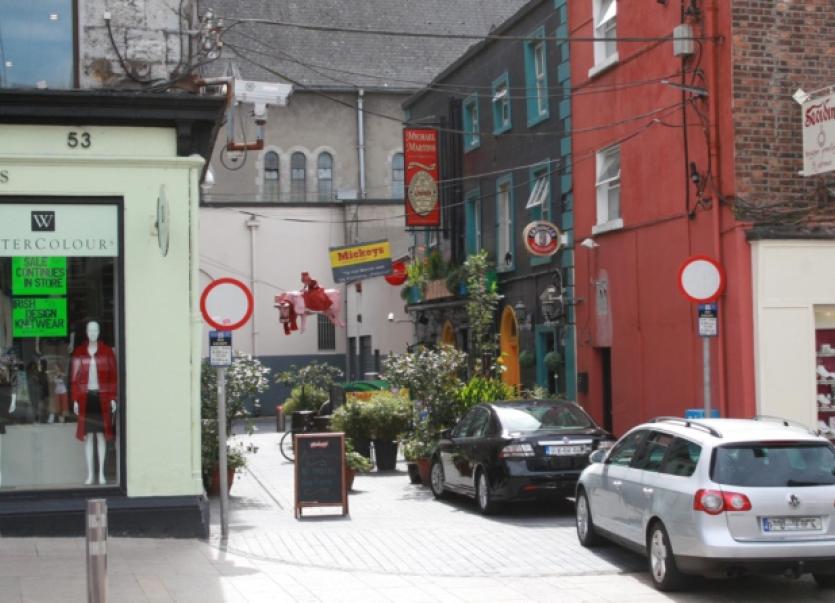 A MAN convicted for a public order offence at Limerick District Court assaulted a woman outside a city centre pub within a week of being handed a two-month suspended sentence, Judge John O’Neill has heard.

A MAN convicted for a public order offence at Limerick District Court assaulted a woman outside a city centre pub within a week of being handed a two-month suspended sentence, Judge John O’Neill has heard.

Dean Cleary had also threatened the woman he would “stick a biro in her eye” during the course of the altercation, Sgt Donal Cronin, attached to Henry Street garda station, told the court.

Cleary, 24, of Sarsfield Gardens, Moyross, pleaded guilty to having assaulted a customer of Mickey Martin’s at Augustinian Lane on July 19 this year. He further admitted to threatening and abusive behaviour and to intoxication in a public place on the same date.

Sgt Cronin said gardai had been called in relation to a male behaving aggressively at Augustinian Lane and met a female there who told them she had been abused by Cleary as she was sitting outside the pub.

Cleary had been asked to leave by another man and “became irate”, Sgt Cronin said. He produced a pen and had threatened to stick it in the woman’s eye.

A scuffle ensued between the accused and the other male during which Cleary had lashed out and struck the woman on the head. No injuries were sustained.

“Gardai arrived and Mr Cleary was identified to them as the aggressor. He was arrested under the Public Order Act due to his state of intoxication,” the sergeant said.

Among Cleary’s 89 previous convictions were numerous for theft and public order offences.

The most recent had been recorded at Limerick District Court on July 12, only one week before Cleary assaulted the woman. On that date he had been convicted of threatening and abusive behaviour in relation to a disturbance he had caused outside a shop on Glentworth Street the day before.

Judge Eugene O’Kelly had imposed a two-month term of imprisonment but suspended it on condition Cleary remain of good behaviour for 12 months.

Judge O’Neill said he would prefer to have the matter of activating that sentence dealt with by Judge O’Kelly. But he added he would be happy to sentence Cleary in relation to the assault on a later date.