Failure in attempt to tunnel into Limerick prison 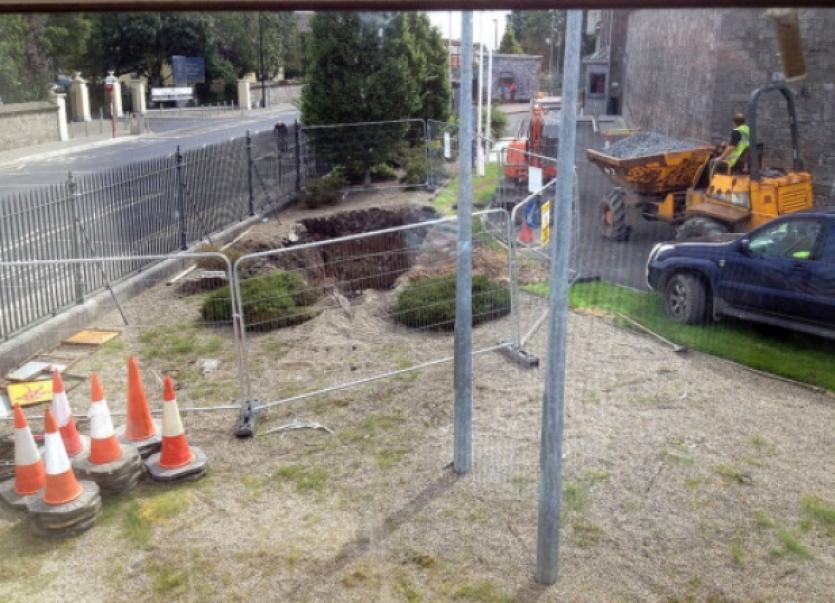 Over the years, there may have been some prisoners who dreamed of tunnelling their way out of Limerick prison.

Over the years, there may have been some prisoners who dreamed of tunnelling their way out of Limerick prison.

But this week, workers were unsuccessful when they tried to tunnel into the prison, after they hit hard rock.

Staff from the Office of Public Works (OPW) were this Tuesday carrying out preparatory work for the installation of a new sewerage scheme to replace the old Victorian one in place.

But when they tried to tunnel underground the prison, they reached a dead end.

A hole had been dug from the inside of the Mulgrave Street jail and the hope was it would meet on the other side.

But these plans fell between a rock and a hard place when workers found there was no way through.

Work had to be abandoned for the day following this.

Publican Jerry O’Dea, whose business is next door to the prison, said his customers found the spectacle hilarious.

“I just happened to be in the pub yesterday morning, and we heard a lot of noise of dumper trucks going around, and huge drilling machines going in and out. After making general enquiries, we found out they were attempting to drill out from the prison, underneath the prison wall. They dug the hole on the inside, and also dug the hole on the outside, so the two would meet,” he confirmed.

Around six engineers were sent home for the day, and will come back in the coming weeks to start the job.

Mr O’Dea added: “I believe they have to come back with more elaborate drilling equipment which apparently costs up to €90,000 a day to provide, so it looks like they have a big project on their hands. I just hope they get off to a better start than they did yesterday”.

A spokesperson for Limerick City and County Council confirmed that the OPW had commissioned a new sewer connection.

The work - which will involve the resurfacing of roads - was scheduled for August, because of the fact schools are off, and the roads are more likely to be quieter.

When in place, the new sewerage system is likely to serve the new courthouse when it opens in Mulgrave Street next year.