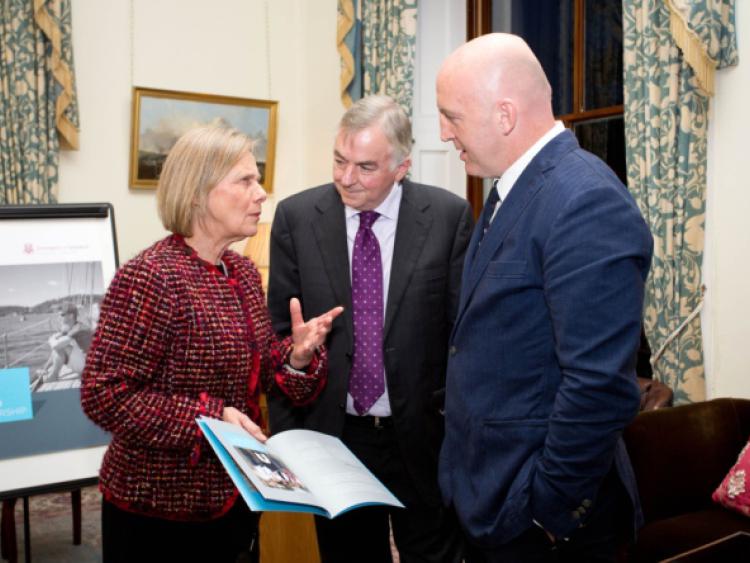 THE University of Limerick has launched a scholarship in the name of Stuart Mangan, the young rugby player whose death in 2009 united the rugby community in Ireland.

THE University of Limerick has launched a scholarship in the name of Stuart Mangan, the young rugby player whose death in 2009 united the rugby community in Ireland.

The Fermoy man was accidentally injured in 2008 while playing rugby for Hammersmith and Fulham RFC and was paralysed from his neck down.

In August 2009, Stuart developed respiratory problems and he passed away peacefully, surrounded by his family.

The €25,000 per year scholarship will be offered to support a paralysed sportsperson in fulfilling their educational potential.

The Stuart Mangan Scholarship was launched in UL last Friday by the Mangan family and Keith Wood, who will be a mentor on the programme to those who avail of it, as will businessman Denis O’Brien and Stuart’s brother Keith Mangan.

“I got to know Stuart’s family in the weeks following his accident and recognised that Stuart’s strength was a trait that ran through them all,” explained Keith, who established the W2 Fund to support sport related projects for young people and which has part-funded the UL scholarship.

“W2 was able to make a contribution immediately with a view to staving off some of the panic that ensues with the financial reality of paralysis sinks in.

“When Stuart passed away just a year later his family asked the trustees of Stuart’s Trust to repay the funds so that they could be applied for the benefit of others,” he added.

The scholarship will be administered by the University of Limerick Foundation and the Disability Support Services Office at UL, who support over 600 UL students with disabilities.

“Stuart was a great encourager and he would be delighted to help anyone to overcome their challenges,” explained his brother, Keith Mangan.

“He will be there in spirit for the student who receives the scholarship and also for his or her circle of support.

“We would like to thank Keith Wood and all at University of Limerick for taking this initiative to honour Stuart’s memory,” he added.