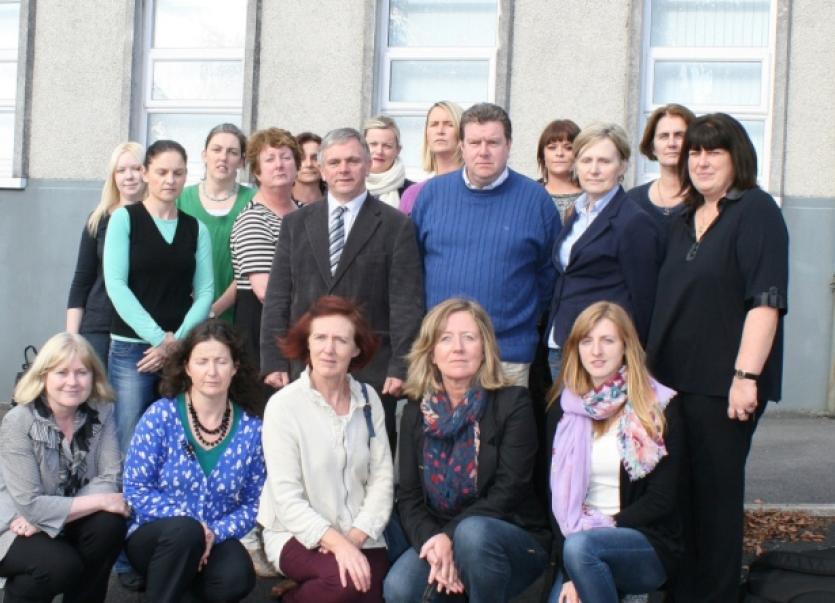 STUDENTS and teachers in the Salesian School in Limerick have given a resounding thumbs down to plans to close the school and intend to fight the proposals.

STUDENTS and teachers in the Salesian School in Limerick have given a resounding thumbs down to plans to close the school and intend to fight the proposals.

Ahead of a public meeting at the Ardhu Bar in the city tonight, 222 of the school’s 295 students have signed a petition to keep the school open, while 200 of them have vowed to write a letter of protest against the proposed closure.

It comes after the trustees agreed to merge the Fernbank school with St Nessan’s Community College in Moylish.

But a representative group of the 25 school teachers said they feel “betrayed, angry and upset” that they were not consulted in any way ahead of the announcement.

Niamh Harrison, Maths and Science teacher said: “Every one of us was absolutely shocked. Including members of the board of management, nobody saw this coming. If we had a chance to have a meeting before this decision was made, we wouldn’t find ourselves in this position.”

English and French teacher Siobhan Conway pointed out that after years of student numbers falling in the school, its numbers were on the rise again - with a projected student population of between 320 and 330 next year.

“We feel it is a very viable school. We provide everything that Catholic girls on the northside want: a single sex school with the Salesian ethos, a comfortable environment, and small class sizes. It has come as a terrible bolt from the blue. That this amalgamation is happening when we don’t feel there is any need for it,” she said.

English and Religion teacher Barry McDonnell says there has been an outpouring of support from former students, teachers and parents, with many writing letters, and coming in to the school to express their support for the Salesians.

“They have given us the reason the closure of the school is due to demographics. But nothing has been specified in terms of numbers or reasons. We feel the students are happy, teachers are happy, and parents are happy to send their children here,” he said.

Teachers also surveyed 155 students, with the vast majority stating they were either ‘Very Upset’ or ‘Sad’ at the school’s proposed merger.

Both teachers and students have said they feel that St Nessan’s Community College is also a good school - but that the two institutions can exist independently.

Calls have been made to bring the Salesians under the La Chiele Catholic Schools Trust.

This would mean the Fernbank school could remain open under a new trust, whose aim it would be to carry on the legal and financial role of trusteeship.

Ms Conway said: “This would be the ideal solution if they (the current trustees) wanted to back out. We could maintain the Salesian ethos in this building, and keep doing what we are doing, and doing very well.”

The school has acknowledged the upset of parents, students and teachers.

But they added that the merged college - which will be named St John Bosco - “will ensure a consolidation of quality education provision on the northside as well as optimising opportunities for students, not least through a focus on enhancing progression to third level.”

But Ms Conway stated that the teachers and the school is already effective in getting its girls into further education, saying: “We have had 81% of our students transferring to further education. Our progression rate and the help they get to facilitate this is excellent.”