Limerick man fined for removing clamp from his car 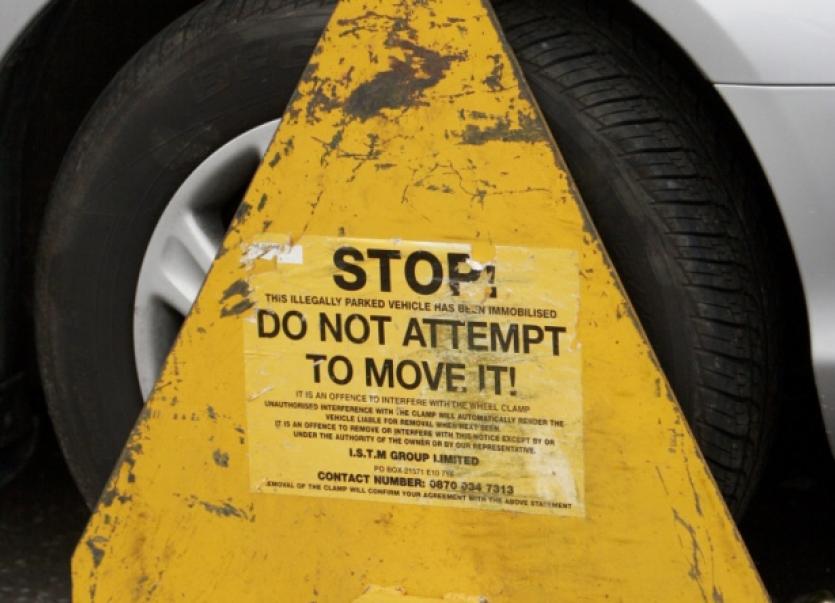 A MOTORIST who removed a clamp which had been placed on the wheel of his car was fined €150 after he pleaded guilty to a charge of criminal damage.

A MOTORIST who removed a clamp which had been placed on the wheel of his car was fined €150 after he pleaded guilty to a charge of criminal damage.

Sgt Donal Cronin told Limerick Court the defendant had parked at the private car park between 4pm and 7pm and found his car had been clamped when he returned to the vehicle. He said he proceeded to remove the clamp before driving off.

No evidence was given in court as to how McCarthy managed to remove the clamp, which was the property of Midwest Parking Control.

Solicitor Sarah Ryan said her client had “a fit of temper” when he returned to his car and saw it had been clamped.

She said her client’s actions were “out of character” and that he had learned his lesson and had paid €400 compensation.

“It would have been a lot cheaper if he had just paid the fine,” she said.

Judge Eugene O’Kelly said he sympathised with McCarthy’s predicament on the night but added that he was still not entitled to do what he did. “I understand that many people are afflicted by a fit of temper when their cars are clamped but they are still not  entitled to remove them,” he said.

Noting that McCarthy, who has 11 previous convictions, had paid compensation, the judge fined him €150.