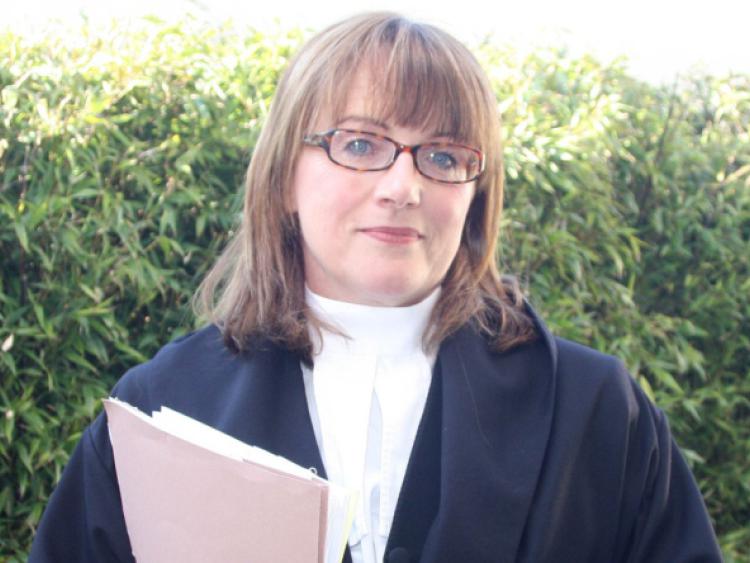 AN ASKEATON man who spat at and “tried to bite” gardai after he was arrested at a local pub has been likened to “a rabid dog” in court.

AN ASKEATON man who spat at and “tried to bite” gardai after he was arrested at a local pub has been likened to “a rabid dog” in court.

Thomas O’Shaughnessy, aged 25, of Plunkett Road, Askeaton had to be forcibly removed from the Top of the Town bar on Main Street, Askeaton on July 13 after becoming “very abusive”, and as he was being arrested he lashed out at gardai and had to be restrained.

At a sitting of Newcastle West court last Friday, where O’Shaughnessy pleaded guilty to public order offences arising from the incident, Judge Mary Larkin described the defendant’s behaviour as “inconceivable” and “completely unacceptable”.

Insp Paul Reidy told the court that at 12.25am gardai were called to the pub after receiving a report that the accused, who was barred from the premises, was refusing to leave.

On arriving at the bar gardai spoke to O’Shaughnessy, who “became very abusive” and started “shouting obscenities” at them. The accused then had to be forcibly removed from the bar, but continued “shouting and roaring”.

As he was being arrested O’Shaughnessy “spat several times” at the gardai, and then “tried to bite” them.

The court heard that O’Shaughnessy has 15 previous convictions, and most recently received a one month suspended prison sentence in December 2011 for public order offences.

The accused has other burglary and public order convictions in 2011, while in 2008 he received a two month suspended sentence for possession of a weapon. His record also includes criminal damage and minor road traffic offences.

Solicitor Michael O’Donnell, defending, said that the Top of the Town “was his favourite watering hole”, but O’Shaughnessy “hasn’t gone there since”.

Mr O’Donnell said that the defendant’s criminal behaviour largely dates back to 2011 when his father died, “who he was very close to … a lot of his problems emanate from that”.

The court heard that O’Shaughnessy, who has issues with alcohol and substance abuse, apologised to the gardai for his behaviour the day after the incident.

Mr O’Donnell said that the accused is a father-of-one whose partner is pregnant with their second child.

Judge Larkin said that O’Shaughnessy’s conduct was “completely unacceptable”, and likened his attempted biting and spitting to that of “a rabid dog”. “I cannot comprehend that type of behaviour. It is almost inconceivable.”

The judge added that she was “seriously considering a prison sentence” but decided instead to refer O’Shaughnessy to the probation service to determine his suitability for 120 hours of community service.

If he does not complete this community service, or is deemed unsuitable to carry it out, O’Shaughnessy will instead have to spend three months in prison, the judge warned. “He has to realise that his conduct is not appropriate”, she added.

The case was adjourned until November 8 for a probation report.