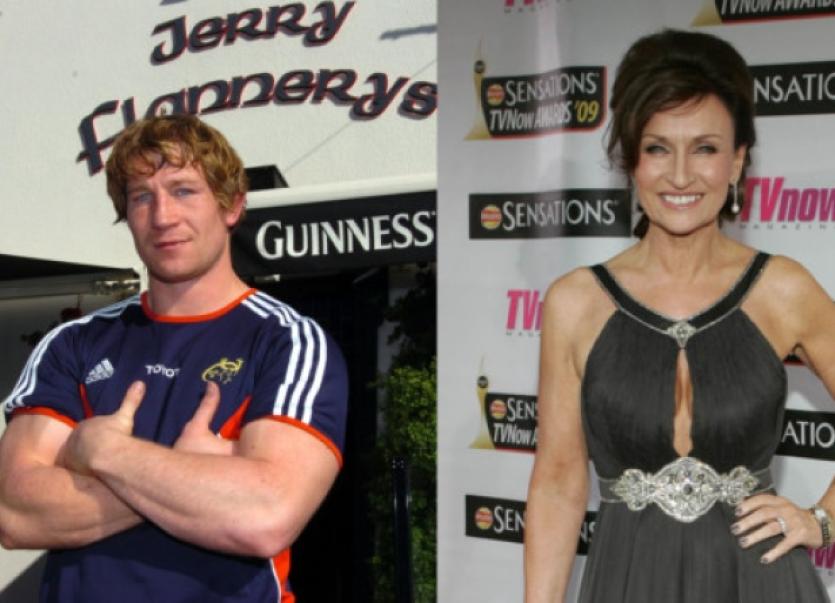 MODEL agent Celia Holman Lee has initiated High Court proceedings against Jerry Flannery’s bar in Limerick - run by the former Ireland and Munster rugby star – for compensation arising from an alleged fall in the pub nearly two years ago.

MODEL agent Celia Holman Lee has initiated High Court proceedings against Jerry Flannery’s bar in Limerick - run by the former Ireland and Munster rugby star – for compensation arising from an alleged fall in the pub nearly two years ago.

The 62-year-old former model and manager of the Holman Lee agency told the Limerick Leader that she broke the wrist of her right hand as a result of the fall in November 2011 in the Catherine Street pub, beloved of Munster rugby followers.

She said she suffered other health problems as a consequence, and suffered financially as she could not work fully for a time. However, she said it was with great reluctance that she felt compelled to take the case to the High Court.

“This is not the easiest situation, that’s for sure. I didn’t want to go down this road, but I’ve thought long and hard about it. I’ve never sued anyone in my life – ever, ever, ever. I never needed to and I didn’t want to. This is a sensitive case, but that’s life. I have to work and make a living as well. As you get older you need all your strength,” she said.

The glamorous grandmother said she went in to the pub for a brief period after a fashion show in early November to meet her husband Ger, and she was not drinking at the time.

Asked about the amount of compensation sought, Celia said that is a matter for her solicitor and the courts, and could not reveal further details as the case is pending.

“For the job I have, if I don’t have 100% health constantly I don’t earn a penny. I don’t have any sick leave. If I can’t work or do a job, I don’t have a shilling. We’re self-employed,” she said of her family-run business.

Celia has around 25 models on her books at any time, including many well-known local faces such as Aoife Hannon, Lorraine Turner, Michelle Meaney, and well known male models Shane Lennon and Leo Delaney.

The agency was formed 33 years ago when Celia’s profile as a model was high, and she continues to work with national TV shows on fashion, recently earning the title of Style Icon of the Year.

In a statement to the Leader, Jerry said: “To the best of my knowledge Celia has made a claim that she fell when she was in the bar but the insurance company are refusing to pay so it’s going to court.”

Jerry, 34, who retired from professional rugby in March 2012 due to injury, is a director of Flannery [Limerick] Ltd, alongside his mother Jane. He is a director of two other companies, including Joe.ie, an online news site aimed at a male audience.