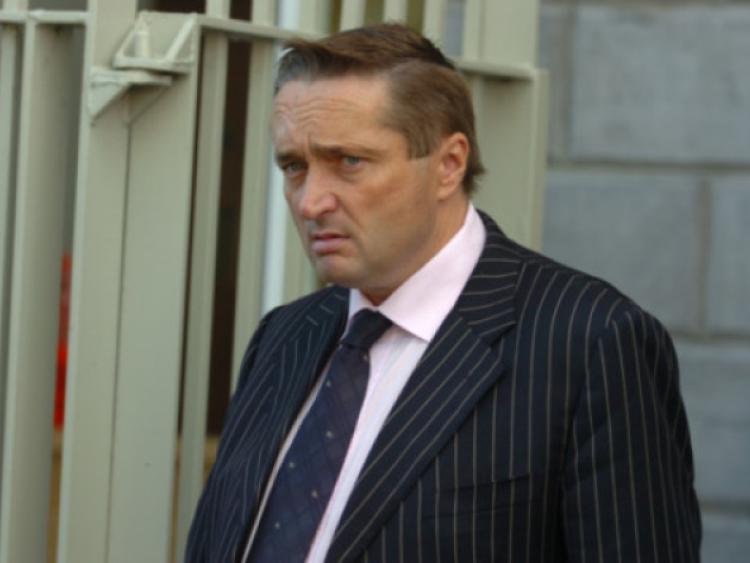 THE doors to an auction in Limerick had to be locked over a disturbance caused by a disgruntled bidder, Limerick District Court has heard.

THE doors to an auction in Limerick had to be locked over a disturbance caused by a disgruntled bidder, Limerick District Court has heard.

Shane O’Neill, a member of the Institute of Professional Auctioneers and Valuers, had to be pepper-sprayed by gardai after trying to barge his way back into the auction.

“You’re not real guards. F**k off,” Mr O’Neill had told the plain-clothes officers who were trying to apprehend him.

He had been at an auction at the Limerick Auction Rooms on the Ballysimon Road when, shortly before 12 noon, Garda Mick Dunne and Garda Sean Dervan were alerted to his behaviour.

“He was very agitated and vocal and shouting at members of the public. Ultimately the gardai decided he would have to be arrested but he refused to comply with the arrest,” said Sgt Donal Cronin.

Mr O’Neill had instead “pushed and barged” his way past the two gardai as well as other members waiting outside the auction rooms in a bid to be readmitted.

He had continued to “violently resist” efforts to arrest him, Sgt Cronin said, and pepper spray had to be used.

Solicitor John Devane said that his client had not been “aware that the two people who approached him were in fact members of An Garda Siochana”.

The officers had been in plain clothes and Mr O’Neill believed them to be private security hired by the auction rooms.

“As he was being, he felt, jostled to the ground, he was calling 999 unaware that these same people were the gardai,” Mr Devane said.

Mr O’Neill told Judge O’Kelly that he had successfully bid for four or five lots during the auction but that when he had gone to collect them, they refused to give him the items.

But gardai had been told by Limerick Auction Rooms that Mr O’Neill’s bids had been considered “unrealistic” and ignored.

Mr O’Neill said he believed he had been tackled by gardai because they thought he was part of a demonstration being mounted by up to 40 people, including members of the Socialist Workers Party. This group was protesting against the sale of a Limerick Soviet banknote.

“I was not shouting. There were protestors shouting but I was not in their party,” Mr O’Neill told Judge O’Kelly.

“But gardai don’t lightly go around and pepper spray people,” the judge said.

He had also tried to barge gardai out of the way even after they warned him he was at risk of being arrested, Sgt Cronin said.

Judge O’Kelly remarked that “whether the people he barged out of the way were gardai or not, he has no right to behave in that way”.

“He caused considerable disruption at a public auction to such an extent that the doors had to be locked,” he added.

The judge expressed surprise on learning that Mr O’Neill was himself a member of the Institute of Professional Auctioneers and Valuers, remarking that if he had a legitimate grievance over the auction, he would have been aware of a civil remedy “rather than resort to this kind of behaviour to such an extent where gardai have to use incapacitant spray”.

Mr O’Neill’s suitability for 200 hours community service in lieu of five months in prison is to be assessed.