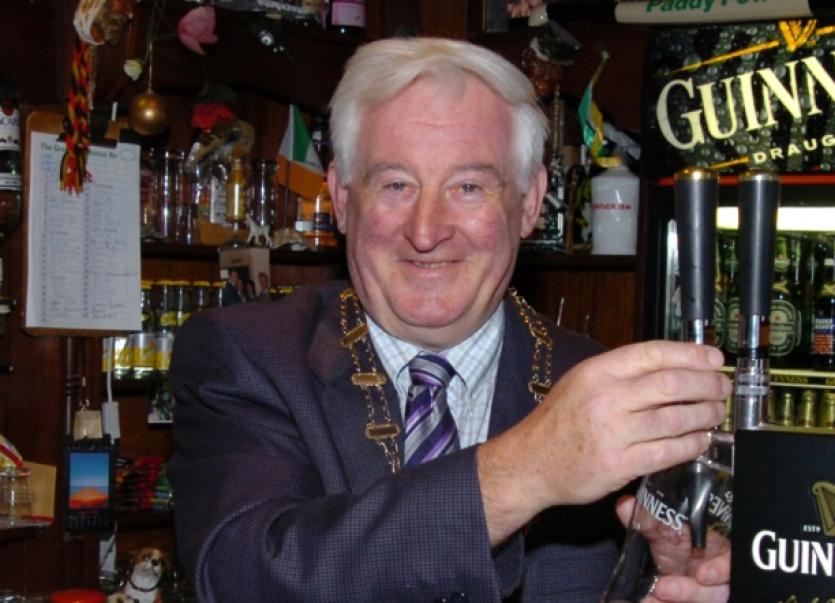 FIANNA Fail believes it has an “outside chance” of winning two-thirds of seats in the Newcastle West area at next year’s local elections, after the party nominated four candidates to stand in the enlarged six-seat area.

FIANNA Fail believes it has an “outside chance” of winning two-thirds of seats in the Newcastle West area at next year’s local elections, after the party nominated four candidates to stand in the enlarged six-seat area.

Incumbent councillors Michael Collins and Francis Foley will be joined on the ticket by former councillor Seamus Ahern and John Leahy. The four were selected uncontested at a convention in Newcastle West, which was attended by almost 100 “very upbeat” delegates.

Cllr Collins, who is the leader of the Fianna Fail group in Limerick County Council, said that the candidates cover a “good spread” of the electoral area.

“We’re targeting three seats, with an outside chance of four. There’ll be certain anti-government sentiment, and we have to try and pick up on that. Geographically, the party felt that the four provide a good spread.”

Cllr Collins is based in Newcastle West, while Cllr Foley will target votes in the Abbeyfeale-Templeglantine areas. Mr Ahern, who spent five years as a councillor before losing his seat in 2004, is based in Athea and will target votes in the north west of the recently-enlarged electoral area. Mr Leahy, a publican from Dromcollogher who ran as an Independent in 2004 and unsuccessfully sought a Fianna Fail nomination in 2009, will target southern divisions, including the recently added areas in Castletown-Ballyagran.

Cllr Foley said that the “upbeat” mood among local party members ahead of the elections was reflected at last Thursday’s convention at the Newcastle West courthouse.

“It was very upbeat, and everyone who spoke was confident we’re in with a good chance of increasing our representation.

“Obviously we’re trying to maximise our vote. I hope that between the candidates we’ve picked and the geographical spread, we feel we’ve a good chance.”

Mr Ahern, who will directly benefit from the removal of the old area boundary that cut Athea parish in half, is likely to be the strongest challenger to Fine Gael’s Cllr John Sheahan in Kilfergus, Glensharrold, Glin and the other new districts.

“Well I think we’ve got a good chance of three, if not four, depending on the feeling on the ground. It’ll be about effort.

“I’m happy enough with the spread - we’ve candidates in the two biggest urban areas; John is no stranger to campaigning and he has a big area in the southern part of the constituency, and there’s practically a quota after coming in in the new section here.”

Mr Leahy said that he was “delighted” to be on the Fianna Fail ticket at last, and said that he intends to do more than just make up the numbers.

“I’ve a good chance. There’s a good area here, running all the way over the Castletown-Ballyagran. I’m delighted, and I’m going to give it a good shot.”