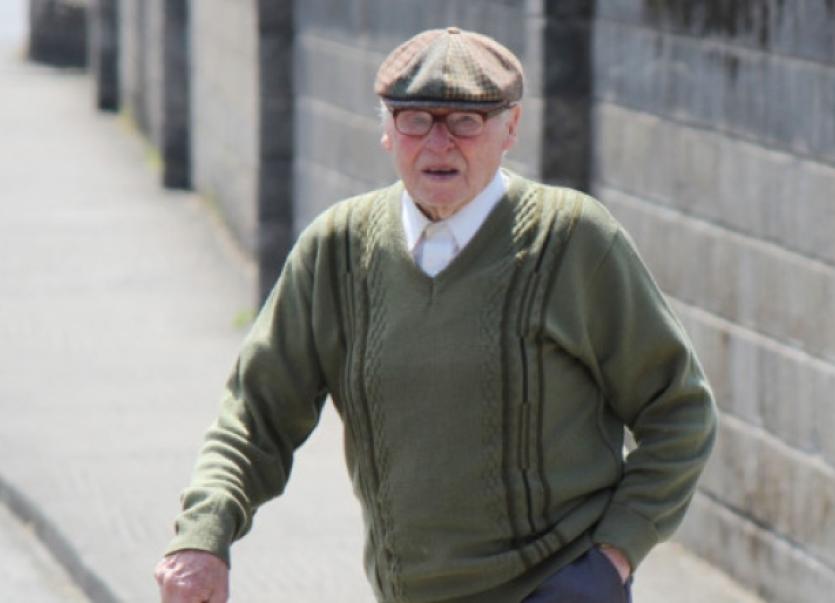 A PENSIONER aged 91 did not write a letter of apology to a garda as ordered by the judge, Kilmallock Court heard.

A PENSIONER aged 91 did not write a letter of apology to a garda as ordered by the judge, Kilmallock Court heard.

He was convicted and fined €500 after striking the female garda while she attempted to remove him from a nursing home.

O’Mahony was visiting his wife, who is a resident at the nursing home run by his daughter-in-law and two sons.

Gardai were called to the facility on February 25 and were speaking to him about a separate manner. The court heard that the pensioner then struck out at Garda Armstrong.

“He bruised her. It wasn’t a serious injury,” said Sgt Leahy, when asked by Judge Mary Larkin about the extent of the injury sustained at a previous court sitting.

Judge Larkin ordered that the pensioner write a letter of apology to the garda and suggested he make a monetary contribution to the Garda Benevolent Fund.

O’Mahony’s solicitor, Robin Lee, said: “I’m not in a position to furnish the court with an apology.” He added: “This goes deeper to the root of the incident ... He believes he has taken a lot of punishment [so far].” Mr Lee mentioned the word “ridicule” in his address.

“Mr O’Mahony is in court and has always been in court. He doesn’t want to disrespect the process. It’s reached a watershed,” said Mr Lee, who added that his client was “dependent on the old age pension”.

“He has transferred his farm to his two sons,” Mr Lee explained. “His spouse is an occupant at the nursing home. He has a happy relationship with his wife and all the staff [of the nursing home],” Mr Lee said.

At an earlier sentencing hearing, Mr Lee told Judge Larkin that his client was “an elderly man”. He is due to celebrate his 92nd birthday this Saturday.

“The nursing home is part of a larger family business, conducted by his daughter-in-law and two sons,” the solicitor said. “He lives across the road in the old family homestead. It’s a reasonably-sized farm run by his sons,” added Mr Lee.

“There was a disagreement between him and the daughter-in-law in relation to a preceding matter, which was going on in the nursing home, which he felt reason to comment on. This escalated into a row. Gardai were asked to attend.”

“Unfortunately he was quiet incensed, not at the garda’s presence, but at this earlier matter with his daughter-in-law, which had not concluded.”

Mr O’Mahony “admits everything stated by the prosecution in court,” Mr Lee added.

“He has asked me to say to the court, that he bears no ill will or grudge to the gardai,” the solicitor previously told the court.

Mr Lee said his client has had the “upmost respect” for the gardai throughout his 91 years.

“He regrets his actions on the day, including the obstruction of members of the force.”

“He has so much respect for gardai that, even in the ‘olden days’, he’d give lodgings to gardai as they sought accommodation in the town,” Mr Lee said.

Judge Larkin was told that the accused had not directly apologised to Garda Armstrong.

Passing sentence Judge Mary Larkin said: “I cannot ignore the fact he assaulted a member of An Garda Siochana.”

She ordered O’Mahony pay the €500 fine within six months or face 20 days in prison by default.

Judge Larkin said she felt “quiet discommoded” by having to convict, adding “but one has to do one’s job.”

The judge said: “Age is honourable. And, its a difficult position to be in at his age, to be in court here before me.”