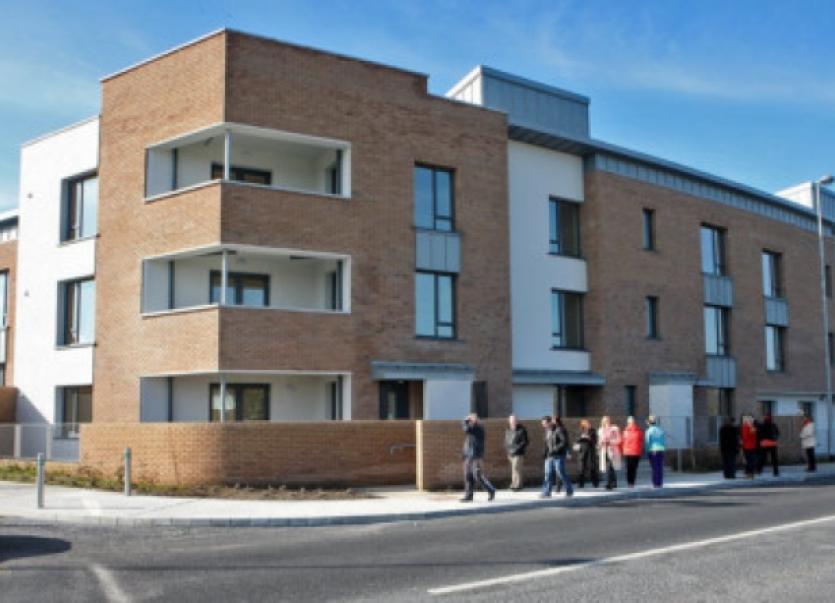 FUTURE social housing projects will “have to be built in the suburbs” rather than inside the current boundary of Limerick city, Fine Gael’s Cllr Diarmuid Scully has said.

FUTURE social housing projects will “have to be built in the suburbs” rather than inside the current boundary of Limerick city, Fine Gael’s Cllr Diarmuid Scully has said.

With close to 4,000 people on the housing waiting list in the city, Cllr Scully said “we can’t solve the housing problem within the city boundary as it currently stands, it has to be across the urban area”.

Speaking during a debate on housing at the monthly meeting of Limerick City Council, he said that 40% of all housing development within the city boundary had been constructed by the local authority where the proportion in the County Limerick suburbs was “negligible” at around 1%.

Once the boundary of the city is extended with the amalgamation of Limerick City and County Councils, the overall concentration on social housing in the Greater Limerick urban area would be around 20%.

This was about average for Irish cities, Cllr Scully said, “only all of it will be concentrated within our current city urban area”.

“If social housing is to be provided in future, it has to be in the suburbs and this is an issue that simply has to be addressed,” Cllr Scully declared.

Referring to the adoption at the meeting of a five-year regional action plan on homelessness, Cllr John Gilligan said the council had made great strides in recent years in providing emergency accommodation for those at risk of ending up without a roof over their heads.

“But just as we are making progress in this area our own housing list has been growing at an enormous rate and we haven’t built a single house in Limerick city in four or five years - and we haven’t bought any houses either,” said Cllr Gilligan, Independent.

This, he said, came at a time when more and more people were “losing their jobs or are in negative equity and could end up homeless”.

“Instead of supporting them, we are now imposing a property tax on them after they already paid enough tax (stamp duty) on their houses.”

Labour’s Cllr Joe Leddin said it was incorrect to say Limerick City Council had not completed any housing schemes in recent years, pointing out an infill scheme had been provided in Cllr Gilligan’s own electoral area.

Housing schemes at Cliona Park, Moyross; Vize’s Court; Edward Street and Colivet Drive, Southill, had either been completed, were in construction or at an advanced stage of planning, Cllr Leddin said.

“Having said that we do have a significant problem with the length of our housing waiting list,” he acknowledged.