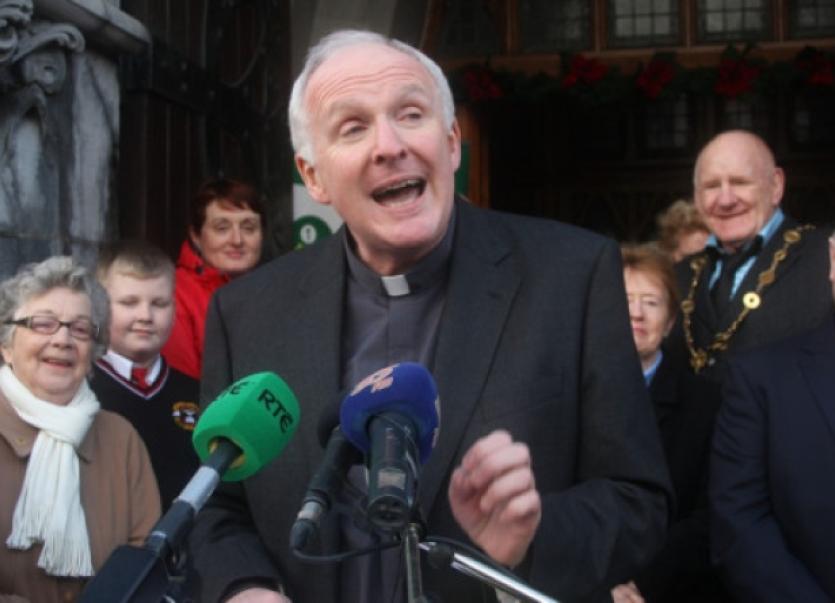 LIMERICK’S incoming Catholic bishop has been kept informed at every stage of the process in the case of a priest who has stepped aside from ministry while an allegation of child abuse dating from the mid-1990s is investigated.

LIMERICK’S incoming Catholic bishop has been kept informed at every stage of the process in the case of a priest who has stepped aside from ministry while an allegation of child abuse dating from the mid-1990s is investigated.

Mass-goers at a County Limerick parish were stunned at the weekend when a representative of the diocese informed them that their parish priest had voluntarily withdrawn from duty pending the outcome of a canonical process.

An allegation of a sexual nature involving a minor has been made against the priest concerned and is understood to date from the mid-1990s when the priest was working in Limerick city. A person familiar with the priest in question told the Limerick Leader he “strenuously denies” the allegation.

The diocese acted swiftly on first hearing of the complaint last week. Fr Brendan Leahy, who is due to be ordained as Bishop of Limerick on April 14, has been made aware of all developments in the case, it is understood.

A spokesman said the diocese could “confirm that a priest of the diocese, in accordance with the recommendations of church policy on safeguarding children, has asked to step aside from ministry while an alleged historical child protection matter is being dealt with”. In keeping with the safeguarding policy, which places children’s well-being at the heart of church activities, the Diocese has agreed to the request from the priest in question,” the spokesman added.

Gardai are aware of the allegation but it was unclear at the time of going to press whether they were investigating a formal complaint.

Supt Frank O’Brien, Henry Street garda station, said this week it was policy not to comment on individual cases, as did the HSE, which is believed to have brought the allegation to the attention of the diocese last week.

The HSE, in general terms, had “a statutory duty to respond to child protection concerns”.

“If allegations of suspected abuse are made to the HSE it has a duty, amongst others, to ensure that notifications are referred to An Garda Siochana in line with national protocols. The HSE offers counselling, support and services to anyone who has disclosed alleged abuse and liaises with other statutory agencies and relevant organisations in protecting children at all times,” a spokesman said.

Supt O’Brien said there was “a tremendous understanding” within An Garda Siochana “of the need to ensure that steps are taken to protect children where there is any issue or concern about their protection”.

Speaking in general terms, Supt O’Brien said gardai had to respect an individual’s right to make a complaint or not while ensuring there was no child protection risk to the community at large.

When he was announced as Bishop of Limerick in January, Fr Leahy said he was pleased to note the Diocese of Limerick had “robust measures in place in the area of child safeguarding and protection”, according to an audit of the diocese by the Catholic Church’s own child protection watchdog.