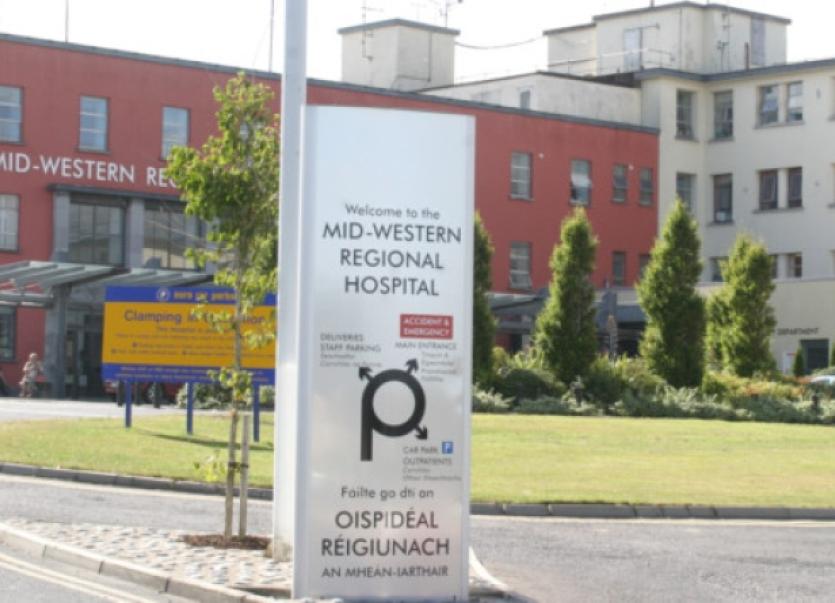 CUTS in community care services for the elderly are aggravating overcrowding at the Mid-Western Regional Hospital, according to Fianna Fail’s Deputy Niall Collins.

CUTS in community care services for the elderly are aggravating overcrowding at the Mid-Western Regional Hospital, according to Fianna Fail’s Deputy Niall Collins.

The Limerick TD was commenting on the crisis reached at the emergency department last week as the numbers on trolleys waiting for admission - the majority elderly patients - hovered around the 40 mark.

And he accused Minister for Health James Reilly of going to ground on a week when the hospital was being investigated by the County Limerick Fire Service over the risks overcrowding presented.

“The hospital authorities say the overcrowding is not down to the outbreak of any illness, which is even more of a concern. The logical explanation is that the gross mismanagement of the Department of Health budget means more and more pressure is being placed on the acute hospital system,” Deputy Collins said.

“Savage cuts to home help hours and community nursing services have contributed to more people having to attend hospital, something that Fianna Fáil warned against when these cuts were introduced. In fact Fianna Fáil, proposed to invest an additional €10 million in the home help hours to help elderly and infirm people keep a certain level of independence.

“Groups like Age Action Ireland and Older and Bolder have said that these cuts are colossal, potentially dangerous and in many cases were done without notice. Minister Reilly needs to urgently address the problems at the Mid-Western Regional Hospital. We can’t allow the farcical situation of a hospital being forced to turn away patient continue. The Minster needs to provide solutions now.”

The HSE said that it had the support of the minister in opening 20 closed beds at St John’s Hospital to address capacity issues across the hospital system. Commissioning work was being done that could see the beds open as early as this week.

Mary Fogarty, who is the Limerick representative of the Irish Nurses and Midwives Organisation, also pointed to cuts in community nursing services and home help hours for the elderly as contributing factors in emergency department overcrowding.

Ann Doherty, CEO, of the Mid-Western Acute Hospitals Group confirmed that many of the patients presenting were frail and elderly with respiratory and other medical complaints.

But there was no evidence discharges from the Regional were being delayed due to people waiting for home care packages, Ms Doherty said.