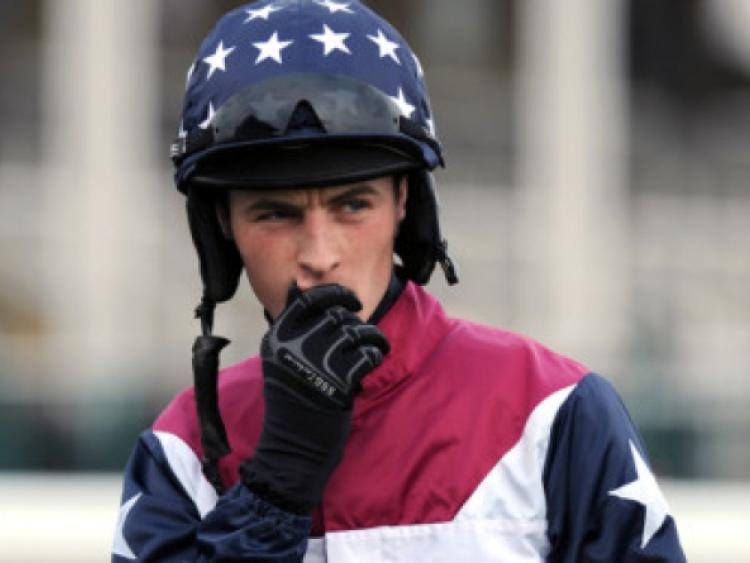 INJURED County Limerick jockey Brian Toomey is “progressing really well” and is expected to be transferred to a hospital in Middlesbrough later this week as he continues to recover from the fall that left him with serious head injuries.

INJURED County Limerick jockey Brian Toomey is “progressing really well” and is expected to be transferred to a hospital in Middlesbrough later this week as he continues to recover from the fall that left him with serious head injuries.

The Croom man was admitted to Ninewells Hospital in Dundee last month following a fall from the Lisa Harrison-trained Solway Dandy at Perth, Scotland.

The news of his progress in recent times will hearten the racing community. The news came on Tuesday from trainer Kevin Ryan after he visited the conditional jockey in Ninewells Hospital.

In an interview which features in this Wednesday’s Racing Post, North Yorkshire-based Kevin Ryan who holds Brian’s licence and is the father of his girlfriend Amy, is quoted as saying: “Brian is progressing really well and hopefully by the weekend will have been moved to James Cook University Hospital, Middlesbrough. He’s talking and has come a long way. He still gets very tired but the progress he has made over the last couple of weeks has been remarkable.”

Brian was placed in an induced coma following surgery to his brain in the aftermath of the fall on July 4 but has since been able to move his arms and legs and no longer needs a respirator to aid breathing.

Brian’s doctors are likely to decide this Thursday whether to transfer him to Middlesbrough which would be convenient for friends in the North Yorkshire training centres. Kevin added: “If Brian does move to the James Cook, could anybody wishing to visit contact my office first because we can organise it so that there aren’t too many people with him at any one time.”

Brian, a past pupil of Ardscoil Ris secondary school in Limerick city, started out at the stables of Andrew McNamara Snr in Croom and Billy Flavin in Crecora.