Ill Limerick dad’s life being made a ‘living hell’ 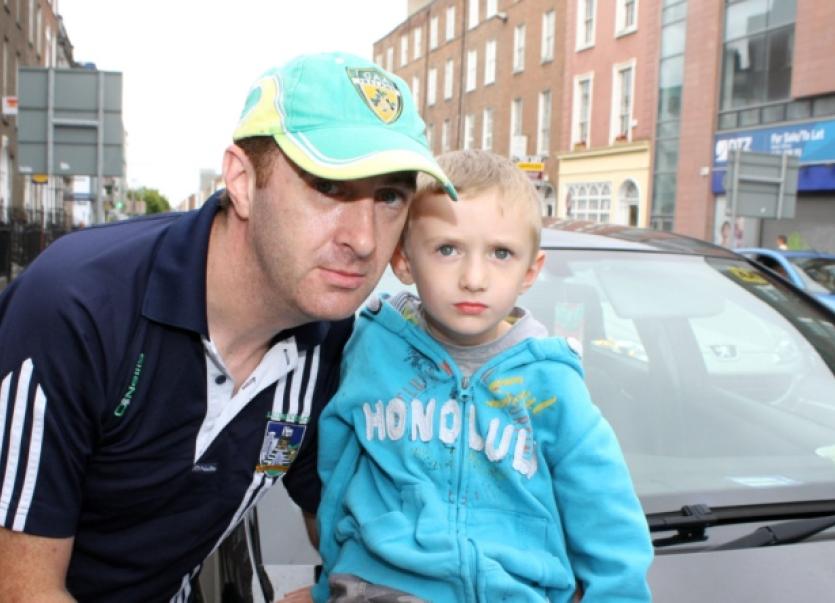 A COUNTY Limerick man says his life is being made a living hell by children who are orchestrating a campaign of terror against him.

A COUNTY Limerick man says his life is being made a living hell by children who are orchestrating a campaign of terror against him.

Patrick O’Rourke spoke to the Limerick Leader because he is frightened for his and his five-year-old son’s life. He lives in a council house in Scanlon Park, Castleconnell.

He says he has been told he and his son, Jamie, will be burnt out of their home; windows have been smashed; his car is constantly being scratched, covered in sun cream prints and tyres slashed; and last week his young son’s arm was burnt with a lighter. He has a picture of the child’s injured arm on his phone and his car is covered in scratches.

Mr O’Rourke, who suffers from motor sensory neuropathy and has had 21 operations to keep him out of a wheelchair, is regularly called “gimp”, “Forrest Gump” and “handicap” because of the way he walks.

“Every night I stay up, I don’t sleep, I stay in the sitting room in case they try and come back and attack the car and house again or burn us out of it.

“How would you feel coming out of hospital after having an operation and while lying on your couch recovering your son comes in balling crying that his arm was burnt by an older boy, That was the final straw last week. We can’t keep putting up with this,” said Mr O’Rourke.

He says he put in a request for a move with Limerick County Council before Christmas but is still waiting.

Mr O’Rourke stresses Scanlon Park is a nice estate with lovely people there apart from the minority who are destroying his life.

“They’ve said to me they can’t transfer me until they get a house suitable for my medical needs. I am going to end up in a wheelchair so I will need wheelchair access but I need the move urgently. This is no good for my health.” said Mr O’Rourke, who has been living in Castleconnell for seven years.

His oldest son, Adam aged 13, hasn’t been out to Scanlon Park since last October because of the intimidation by other youngsters.

“The children’s parents are telling them to do these things, that is the worst thing about it. They know that their kids can’t get charged and the guards can’t do anything because the kids are so young. The guards have been good - they and the council say keep reporting it,” says Mr O’Rourke. He says the campaign of intimidation stems back to when he brought another boy to a lot of matches with his son two years ago.

“It got to the stage I was having to borrow money from my parents. I was driving them all over Munster. I said to his mother any chance of money towards petrol, that I can’t afford it and she basically fecked me out of it.

“I turned around and said, ‘Grand I won’t give him a lift anymore’. That’s when they started to turn on me,” said Mr O’Rourke. On another occasion he told young lads sitting on his garden wall to come down because if they fell off they would be seriously injured.

“I was attacked after that. Then the week before Halloween Jamie woke up bawling crying because stones, oranges and bananas were being thrown off my windows and my car. I opened the door and they said get in or we’ll kill you. About five young fellows with their hoodies up. I got sick of it and I called the guards. I’m a rat now you see for going to the guards.”