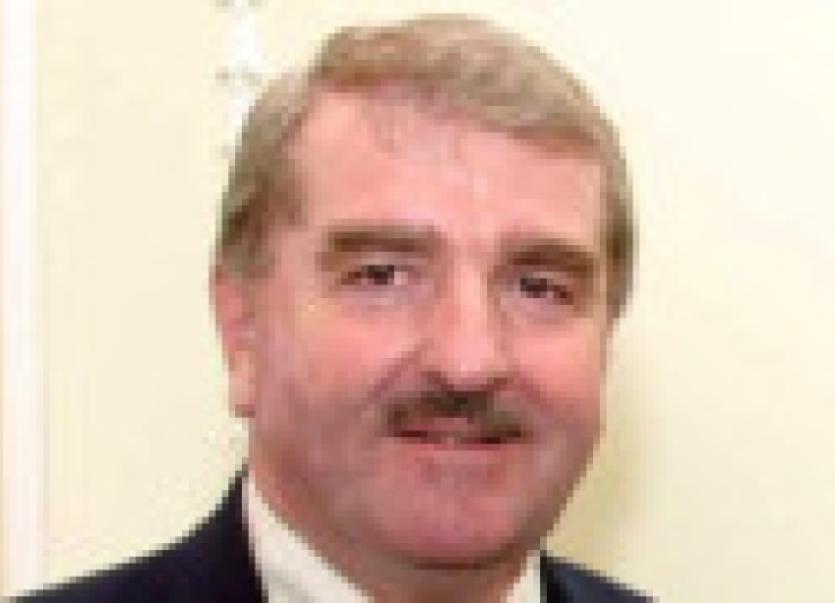 FIANNA Fail county councillor Kevin Sheahan has remained defiant over his controversial comments on migrants, despite the possibility that he may now be expelled from the party.

FIANNA Fail county councillor Kevin Sheahan has remained defiant over his controversial comments on migrants, despite the possibility that he may now be expelled from the party.

A formal complaint has been made to Fianna Fail leader Michael Martin over the Askeaton councillor’s calls for an “Irish first” policy on social housing, which attracted national media attention.

The complaint, which has been made by the Dublin-based Migrant Rights Centre Ireland (MRCI), could lead to Cllr Sheahan being asked to appear before Fianna Fail’s rules and procedures committee, which has the power to sanction or expel him from the party.

However Cllr Sheahan has refused to back down over his claim at a council meeting that migrants are receiving “preferential treatment” for social housing over Irish citizens, who are being told “to go home to mammy”.

“I stand by what I said. I was listening to an angry public, and I was relaying what they feel. I would not withdraw one syllable of what I said at that meeting, on the radio, or on the Nora Owen show [on TV3]”.

Cllr Sheahan’s comments on migrants have been attacked by various groups and individuals. MRCI has been circulating an online petition calling for Fianna Fail to sanction Cllr Sheahan, accusing him of “spreading untruths about immigrants”.

Meanwhile, in a letter to the Limerick Leader Dr John O’Brennan of NUI Maynooth accused Cllr Sheahan of “an attempt to inflame public opinion for cheap political gain”.

In an official statement from its Dublin headquarters, Fianna Fail moved to distance itself from Cllr Sheahan’s comments, describing them as “unfortunate”.

“The comments made by Cllr Sheahan were in a personal capacity and are not the policy of the Fianna Fáil party. Fianna Fáil is a republican party and prides itself on treating everyone equally. It is unfortunate that these comments were made at all”.

When asked if he would co-operate with any potential party disciplinary action, Cllr Sheahan was dismissive of the need to entertain the complaint: “I don’t see any need whatsoever for prolonging the life of this. The facts remain the same. We are borrowing money every day to keep the shop open.

“At the same time, we are handing out money and resources to people who, in my view, we have no responsibility for.

“I hope that Fianna Fail listen carefully to what I said, and respect the fact that the public haven’t forgiven Fianna Fail for their past mistakes. They don’t forgive and forget easily”.

Cllr Sheahan denied that he was attempting to have himself thrown out of the party so that he can run in next year’s local elections as an Independent.“I have been in Fianna Fail all my life. I have worked hard for Fianna Fail. I believe in Fianna Fail. I was very critical of the last government when it was in office, mostly due to how it lost touch with the grass roots.

“The local councillors are the best conduit between the Oireachtas and the grass roots.

“I have no notion, at this point in time, of running as anything other than a Fianna Fail candidate”.