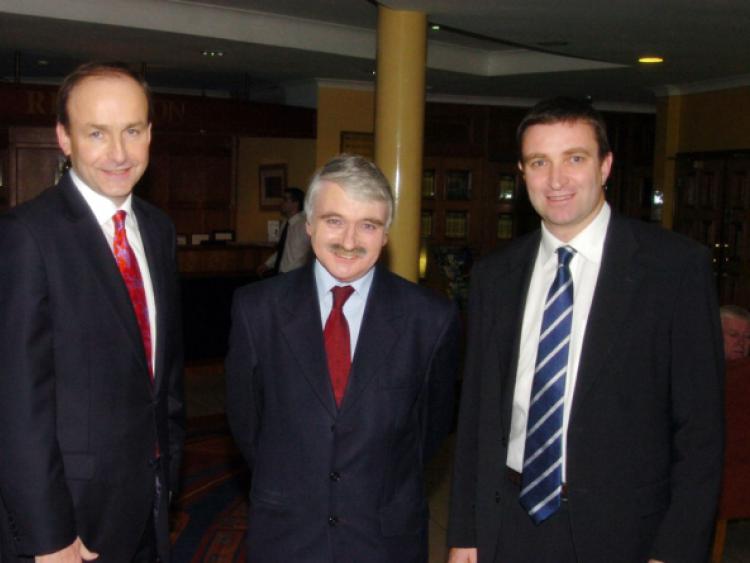 LIMERICK’S Fianna Fail TDs have scotched “idle chat” that there is discontent in the ranks over Micheal Martin’s performance as party leader.

LIMERICK’S Fianna Fail TDs have scotched “idle chat” that there is discontent in the ranks over Micheal Martin’s performance as party leader.

With the party riding high in the polls after its 2011 meltdown, Deputy Willie O’Dea said it was largely thanks to Deputy Martin’s organisational skills that Fianna Fail was “back in the game”.

And Deputy Niall Collins rejected any suggestion party policy was being presented by a cadre of Martin favourites, saying every TD had a front bench role and “the opportunity to come out front”.

Reports at the weekend suggested a number of front-benchers were unhappy with Martin’s leadership style and his reliance on an inner circle of advisers and TDs said to include Clare’s Timmy Dooley as well as Deputy Collins.

“That is only idle chat with no substance to it whatsoever,” said the Limerick TD.

“The situation is that every TD has a front bench role and we meet on a weekly basis as such. There is no smaller group that meets formally or informally after that,” Deputy Collins said.

The only TD to go on the record on the matter over the bank holiday weekend was Laois-Offaly’s Sean Fleming, who told the Irish Independent: “You can’t win a championship with five or six people. The party can’t win an election relying on a small number of people”.

But Deputy Fleming went on to state that he was “absolutely a supporter of Micheal Martin”.

Asked for a view on his party colleague’s comments, Deputy Collins said Deputy Fleming was “our public expenditure spokesman and is out front every bit as much as Michael McGrath or anybody else. Whatever he is alluding to in those comments, I could not say”.

“You only have to look at the progress we continue to make under his leadership. We have gone from a situation where we were at 17.5% support at the general election to almost 29%. And we have been the most popular party according to some of the recent polls. Micheal is actually a popular guy and we are lucky to have him. He is relatively young for a party leader and he has an awful lot of experience,” he said.

Deputy O’Dea has also praised his party leader for Fianna Fail’s upturn in fortunes in the polls.

Any suggestion of a heave had come as “a bolt from the blue” and were “a total mystery” when he had read reports at the weekend, said the Limerick City TD.

Deputy O’Dea expressed confidence in Martin’s leadership, saying the proof of “a good leader is in the results and the results are good.”

“I think he has done a very good job. We’re back at over 30%, though the polls mightn’t show that yet, but I think the local elections will reflect that. I think they’re a reflection of the energy and the organisational skills that Michael Martin has brought to bear on the party.

“We’re back in the game. He took over a situation where we were completely demolished,” declared Deputy O’Dea.

“I would think his position is unchallengeable. Who else would you put there? We’re in a viable position as a unit again after being brought back from being a shipwreck. He’ll continue to be the leader for the foreseeable future. I think we’ll do very well in the local elections and it’ll form a good platform for the general election,” Deputy O’Dea said.

Meanwhile, Deputy Collins said he has no designs on leading the party should Micheal Martin become unstuck. The Limerick TD was mentioned along with Deputy McGrath and Deputy Dara Calleary as potential leaders in one of the weekend reports.

“I’m happy where I am,” Deputy Collins insisted this week.