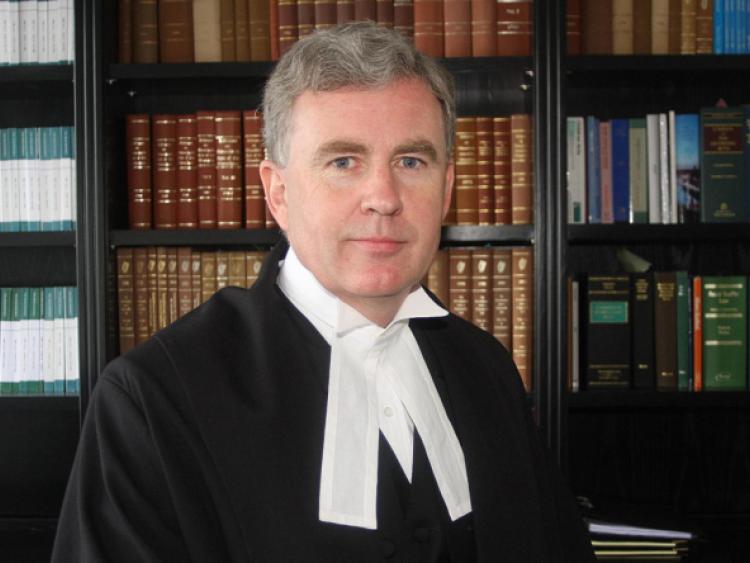 A LIMERICK judge says legislation governing firearm applications has not “bitten the bullet”.

A LIMERICK judge says legislation governing firearm applications has not “bitten the bullet”.

Judge Eugene O’Kelly was speaking during a lengthy district court sitting for a number of firearm application appeals.

The owners of guns, including two semi-automatic rifles and two 9mm pistols, appealed the decision by Chief Superintendent David Sheahan not to grant them firearm certificates.

The introduction of the Criminal Justice Miscellaneous Provisions Act imposed extra conditions on applicants including that there must be a good and sufficient reason to possess handguns of high calibre, the firearm must be appropriate for its intended use and applicants are required to have secure storage for weapons and ammunition when they are not in use.

In terms of semi-automatic, the crux of the issue comes down to if the guns are civilian or military, or “resemble” a military weapon the court heard.

Judge O’Kelly said he is being given opposing evidence by both parties.

“The chief superintendent is being placed in an invidious position. His concern is the public who he must protect and what if they [guns] got into the wrong hands. It is a very restrictive framework.

“The legislation has not grappled with the kernel of the issue. They are not biting the bullet - are they lawful or not lawful,” said Judge O’Kelly.

The same arguments are being heard year after year, he added.

“They are refused in some districts and accepted in some districts. The proliferation of high powered weapons in Limerick is different to others,” said Judge O’Kelly. State solicitor, Aidan Judge said it was akin to “working in a legislative strait jacket”.

Barrister for the applicants, Tom McGowan said there is a lot of expense involved in these appeals.

“Legislatures should make a proper decision - yes or no,” said Mr McGowan.

The first application was for a semi-automatic rifle.

The applicant, who cannot be named as ordered by the judge, said they needed it for a three position shoot.

“You must have a semi-automatic. That’s why I want the firearm.”

“Is it a military/police firearm?” asked the barrister.

“No, it is civilian. The difference between a civil and military is how fast you can discharge rounds.”

Asked by Mr Judge was the gun a clone of a military firearm he said no. “Is it similar to a military rifle?” asked Mr Judge.

“Some may look like military rifles,” replied the applicant.

An ordinance expert, a witness for the applicant, said it is a “completely original item”.

“It was specifically brought to market for civilian target shooting and hunting. It is not a military rifle,” said the witness.

Detective Inspector Kevin Brooks, head of garda ballistics section, said in his opinion the semi-automatic rifle is a clone of a military rifle.

“It not only closely resembles it, it is an exact copy,” said Det Insp Brooks, who had not seen this competition [three position shoot].

Judge O’Kelly asked that the state be present at a competition of the type.

“It would give an indication how many weapons are being fired legitimately. It could turn out that nobody is there to compete or if they are queuing up to take part. An inspection on the ground would be very helpful,” said the judge.

A date was agreed between the parties. Judge O’Kelly adjourned the appeal until after the competition and asked for information on what weapons were used and general circumstances of the competition.

He renewed the licence of one person’s 9mm pistol. The court heard that he had been licenced in a neighbouring garda district but when there was a boundary change his application was refused.

The applicant told the court that he had spent €4,000 on an AIB safe and AIB vault door installed in his home.

“Is that safe? Look at all the money AIB have lost,” said Judge O’Kelly. He said he was satisfied that the gun was needed for target shooting competitions. An appeal for a semi-automatic rifle by the same individual was also adjourned until the state attend the shooting competition.

The judge allowed another application from a different person for a 9mm pistol.

Chief Superintendent Sheahan said he has no issues concerning the character and integrity of the applicant .

“My concern is the safety of the public in my division and if it got in to the wrong hands,” said Chief Supt Sheahan.

He told the court that it was not the only weapon appropriate for target shooting.

“It is used by the gardai, DEA in America and many other police forces. It is primarily designed to kill humans and not target shooting,” said Chief Supt Sheahan.

The applicant said that he uses the pistol for a number of competitions including centrefire bullseye.

He had previously been issued a licence subject to a restriction that the magazine holds no more than five bullets.

However, he requires to have six for his competitions.

Judge O’Kelly renewed the licence on the condition that the magazine be plugged in four of the magazine limiter restricting bullets to six.