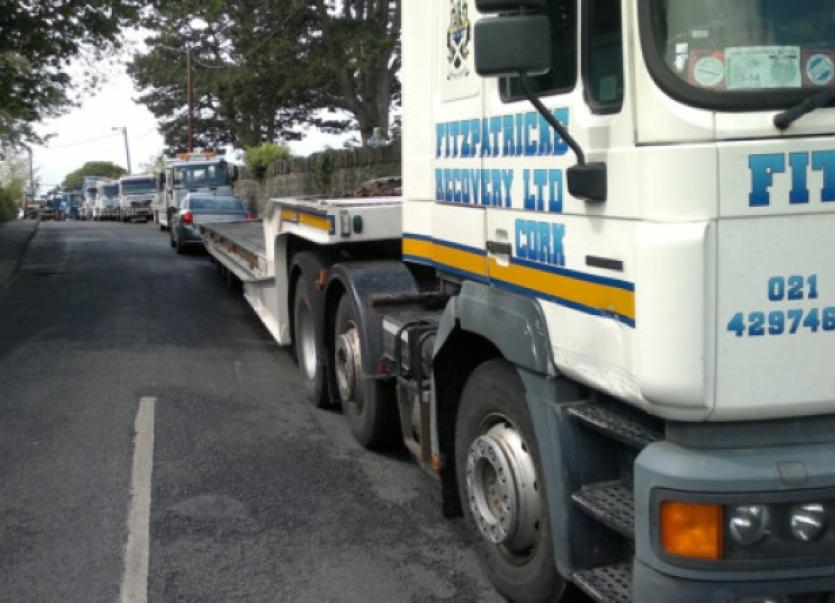 Searches were carried out at a number of locations on the outskirts of the city yesterday.

The searches began at around 8am and continued for most of the day.

More than a dozen gardai, including members of the armed regional response unit, took part in the operation along with Customs and Revenue officers as well as officials from Limerick County Council.

Throughout the day, a convoy of recovery trucks lined the road at the entrance to both sites as they prepared to remove the contraband and take it to a secure location.

A garda spokesman confirmed that a “significant quantity” of drugs were found buried at the scrap yard during the operation.

The drugs, which are believed to be worth several thousand euro, have been sent for forensic analysis and criminal prosecutions may be brought at a future date. The type of drugs seized has not been disclosed for operational reasons.

Monday’s multi-agency operation is linked to a national initiative - Operation Fiacla - which was launched by the garda commissioner, Martin Callinan last year.

As part of that operation the activities of criminal gangs are being targeted.

Gardai sources have confirmed they believe some of the property recovered during the searches was stolen in recent weeks.

No arrests were made during this week’s operation and investigations are ongoing.

In addition to any criminal charges, it is likey that prosections will be brought by Limerick County Council for alleged breaches of waste pollution legislation.

Meanwhile, members of the Garda Traffic Corps accompanied by Revenue and Customs Officers mounted a number of highly-visible checkpoints on the outskirts of the city as part of yesterday’s day-long operation.