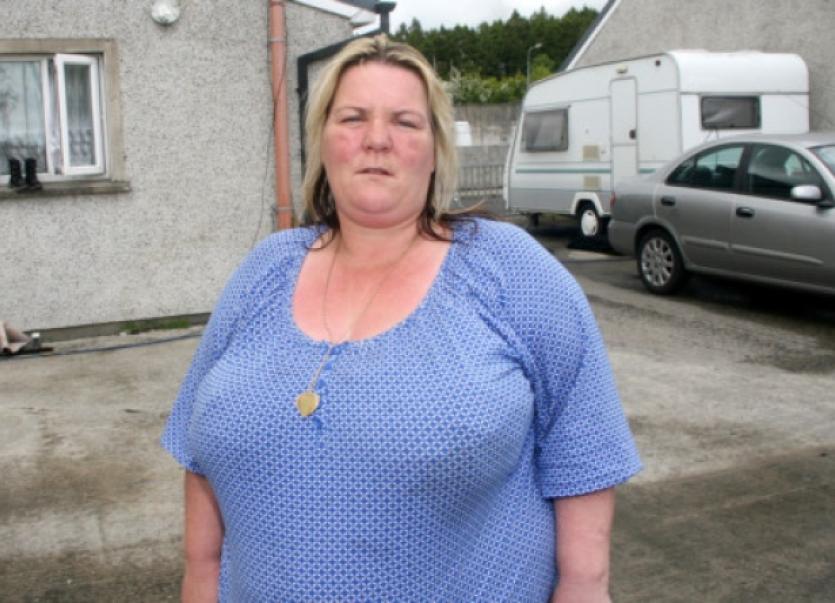 mEMBERS of the travelling community have demanded a meeting with Limerick County Council and the Housing Minister Jan O’Sullivan to discuss the future of the halting site in Castletroy, which they claim is overcrowded and not suitable for their needs.

mEMBERS of the travelling community have demanded a meeting with Limerick County Council and the Housing Minister Jan O’Sullivan to discuss the future of the halting site in Castletroy, which they claim is overcrowded and not suitable for their needs.

Tina McCarthy, who has been living in the Castletroy area for more than 30 years, says the halting site is dangerous and unsuitable for young children who have nothing to do.

Located opposite Chawkes petrol station, the halting site was opened six years ago and replaced the previous halting site, which was located on the site of the current Lidl store.

There are seven bays, a community centre and a playground at the halting site, which was in an immaculate condition when the Limerick Leader visited this Tuesday.

According to the residents, there are two or three families living in each of the seven bays consisting of around 50 people in total.

While most of the residents at the halting site sleep in caravans and mobile homes, there are living areas, fully equipped kitchens and toilet facilities at each of the bays.

However, according to Tina the facilities at the halting site do not meet the needs of those living there.

“I have a young child and she has to go outside in the cold every night to sleep in a caravan because we have no bedrooms and if you want to go to the bathroom you have to come out and walk across the yard and it is very dangerous for the young kids,” said Tina, who was speaking on behalf of all the residents of the Castletroy Halting site.

Another resident of the halting site, who asked not to be named, said something needs to be done to address the overcrowding concerns.

“Every day, it is overcrowded here and it is very suffocating and they (Limerick County Council) never left any space to extend the site for the younger families when they built it,” she said.

Tina added that the residents are seeking an urgent meeting with the local authority and the minister to discuss the future of the halting site.

“We want a meeting to discuss the future and what they are going to do for us. We want to know what is going to happen because we have a lot of families who have nothing and who are living in caravans,” she said.

Residents say they have been left frustrated by the attitude of some local councillors and they have also criticised a number of agencies which they claim have not provided them with the support they need.