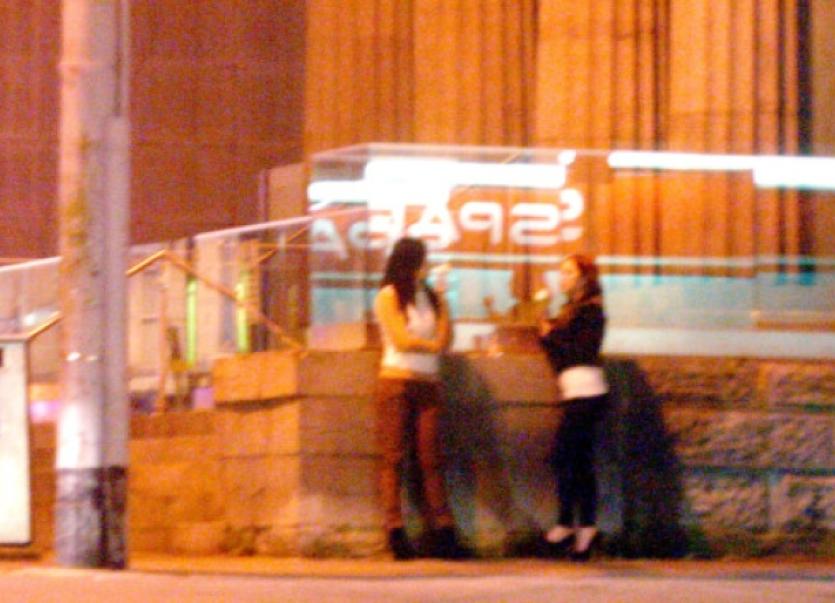 MEMBERS of a religious group from east Limerick have begun saying a decade of the rosary several nights a week outside a suspected brothel in the city to “pray for the women” in prostitution.

MEMBERS of a religious group from east Limerick have begun saying a decade of the rosary several nights a week outside a suspected brothel in the city to “pray for the women” in prostitution.

The group, which does not wish to be identified, is inviting the public to join them in prayer on Upper William Street, outside a premises where they believe Romanian women are being forced to work as prostitutes.

The group said they, along with up to 30 business owners in the city, met with gardai last year, and after seeing prostitutes return to the streets - despite numerous efforts by gardai to tackle those seeking and supplying prostitutes – have decided prayer might be one answer to the problem.

“We’re praying for the girls. A lot of them are poor, from Eastern Europe and have come here expecting jobs and a better life. We’re not against the women per se – they are somebody’s children. It’s also not good for business here,” said one man, who regularly prays outside the premises.

Women praying with him often approach the women, who work in apartments overhead a business, to give them holy medals, he added.

A woman who prays with him, and who also did not wish to be identified, added: “It’s wrong. We don’t agree with it. It’s against the law of God.” While the male volunteer said he hasn’t seen the women in recent days, he doesn’t believe “our prayers have been answered yet”.

The rosary will continue on unspecified week nights at around 5.30pm and at the weekend at 8pm, he said.

Following a number of high profile arrests of men seeking the services of prostitutes from undercover female gardai in Limerick city, gardai said they are continuing efforts to tackle prostitution in the city.

The specifics of the ongoing operation cannot be disclosed at this time, said one high ranking garda attached to Henry Street station. Operation Freewheel, which took place in November and December 2011, saw nearly 30 men detained and charged with soliciting or importuning for the purposes of prostitution.

Doras Luimni, a Limerick based support group for all migrants, will hold a talk this Sunday, along with the Red Ribbon Project, a sexual health group, entitled Limerick by day, Limerick by night in Bourke’s Bar on Catherine Street at 3pm.