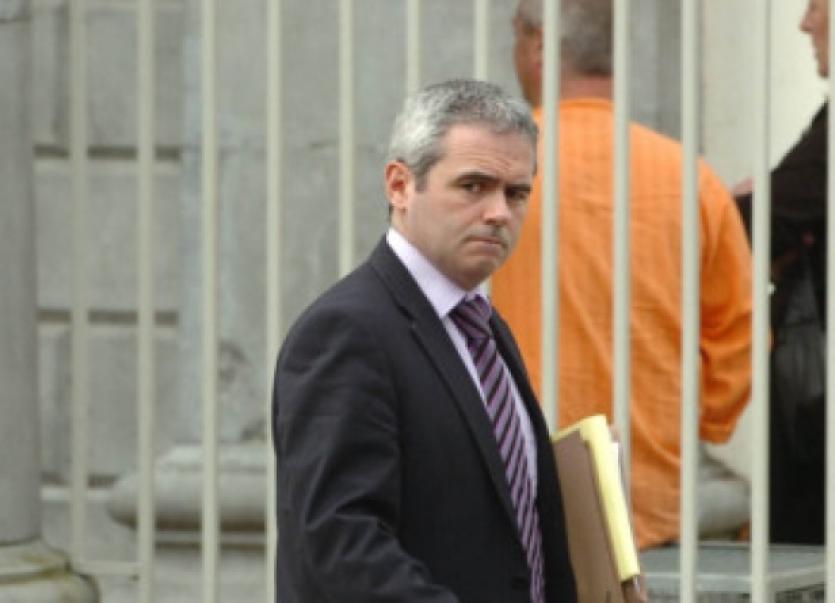 A TRAINEE TEACHER in Limerick deceived five foreign national taxi drivers who worked for her out of more than €4,000, as she was under pressure to pay her mortgage arrears, a court has heard.

A TRAINEE TEACHER in Limerick deceived five foreign national taxi drivers who worked for her out of more than €4,000, as she was under pressure to pay her mortgage arrears, a court has heard.

Shirley Flanagan, 32, with an address at Carrigeen, Annacotty, pleaded guilty at Limerick District Court this Wednesday of five charges of deception and two charges of producing a forged certificate dating back to 2009 and 2010.

Sergeant Donal Cronin told the court that the defendant dishonestly induced five people to lodge money into her AIB bank account in Limerick, or pay her in cash, on the pretence that they would be issued with a valid insurance policy from Quinn Direct Insurance, with the intention of making gain for herself.

She was also charged with two counts of producing a false certificate with the intention of inducing another person to accept it as genuine, to their own prejudice.

Judge Eugene O’Kelly said he was satisfied that she did not set out to target foreign nationals, but said she exposed “entirely innocent” taxi drivers and their passengers at risk during his time as their insurance was not covered.

Thankfully, he said there were “no incidents, accidents or crashes..taken against this non-existent policy.”

Judge O’Kelly said this was not a fraud perpetrated “for any personal greed or trappings of wealth”, but was done “in a misguided attempt to stave off the threats of a mortgage lender who was making very forceful demands for the repayment of a mortgage debt.”

“Cases like this further highlight the mortgage debt crisis in this country where ordinary, decent people are driven to these sort of frauds,” he said. He said home-owners in such situation are left with “little access to address their financial difficulties.”

The defendant was due to lodged monies totalling €4436 to her group policy with Quinn Direct to insure the drivers, however this policy had been cancelled as no monies were paid into the account. The policy was taken out on August 27, 2009, and the monies were taken from the drivers on five different dates, between October 2009 and January 2010, at Elm Vale, Riverbank, Annacotty, on five dates, as well as in Limerick city and Ennis.

The case came to light in the Midlands, after one of the drivers contacted gardai in Meath and told them he had taken out a policy through the defendant but did not receive an insurance certificate in return. The driver also made contact with Quinn Insurance and was told it did not exist.

Solicitor Darach McCarthy explained that his client had followed her father into the family business, which had suffered during the recession. He said she had received numerous phone-calls from a sub-prime mortgage lender in relation to her family home, and was in a “desperate” state.

She subsequently lost her home in February 2011, while her husband lost his job and she also suffered the “tragic” death of her eight month old son due to medical complications.

“She has lost pretty much everything, her home, her car..She is very much at the very bottom. She has undergone a huge amount of trauma. She can only apologise to the drivers and the insurance company,” said Mr McCarthy.

Other parties have been compensated, and Mr McCarthy said she now owes “money to all and sundry to make good” in this case.

While she was in her final year of teaching at Mary Immaculate College, she now felt compelled to withdraw from the course, believing that she would not be approved to be a teacher in light of this court case.

A compensation case taken by her husband is due to yield enough funds, to cover compensation in this case. Sgt Cronin said the defendant was “very candid” during interviews with gardai, and after a warrant was obtained to search her home.

Taking into account a number of mitigating factors in this case, Judge O’Kelly said she has also lost “her reputation was an upstanding citizen”.

However, he ruled that a custodial sentence would be “inappropriate” in this case, but would like to see the victims compensated. He adjourned finalising the case to November 12 next to allow the funds to be paid.

The defendant has been remanded on continuing bail.