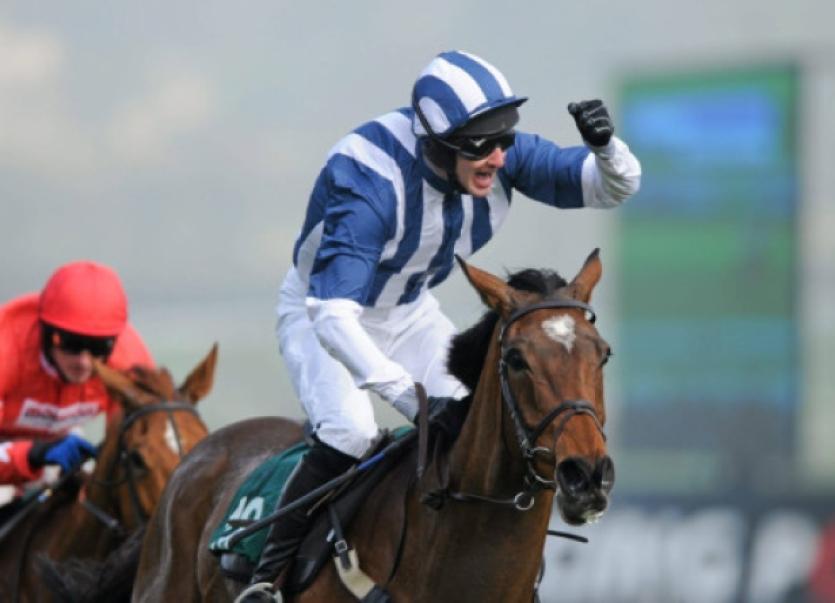 CHAMPION jockey John Thomas McNamara, who suffered a horrific fall at Cheltenham, has regained consciousness and is slowly beginning to breath independently.

CHAMPION jockey John Thomas McNamara, who suffered a horrific fall at Cheltenham, has regained consciousness and is slowly beginning to breath independently.

The leading amateur rider fractured the C3 and C4 vertebrae in his neck following the heavy fall at the famous festival on Thursday.

He was riding Galaxy Rock for Jonjo O’Neill in the Fulke Walwyn Kim Muir Handicap Chase when the nine-year-old fell at the first.

The 37-year-old Croom rider was taken by air ambulance to Frenchay Hospital in Bristol where he remained in an induced coma until early this week.

“He is conscious and he is more or less breathing independently,” JT’s uncle, Andrew McNamara Snr, told the Leader this Wednesday.

The well-known racing figure has expressed his deep gratitude to the people of Limerick and further afield for their support at this difficult time.

“Everybody has been unbelievable in terms of help and support,” Andrew commented.

“Even as I speak, the house is full of people.”

JT – a father-of-three young children - is being comforted by his wife Caroline and brother Aonghus as he starts his recovery in Frenchay Hospital. Leading horse trainer, Enda Bolger, from Bruree, is also understood to have travelled to Bristol to offer his support, as jockeys, trainers and owners send their wishes and prayers for JT’s recovery.

Mass was offered up for the popular sportsman at 11.30am in Croom on Sunday with locals keeping JT’s parents, Kathleen and John, and children Dylan, Harry and Olivia very much in their prayers.

“There has been a huge outpouring of sympathy and understanding for the family as one would expect,” said Fr Joseph Kennedy, the parish priest in Croom.

“They are very popular and well-known people in these parts. We have prayed for John Thomas at Sunday Mass and of course people have asked for Masses to be offered for him and they will be offered – there is no question or doubt about that. We are praying for his good recovery, please God,” he added.

This outpouring of support, Andrew McNamara said, is “what keeps everyone going”.

While JT’s children are at home in Limerick at the moment, they may be going over to the UK to visit their dad in the near future, Andrew explained.

Andrew, himself a Cheltenham festival winning trainer, was present in Prestbury Park when his nephew suffered the fall.

“After the race the ambulance didn’t move for a long time so I partly guessed that..,” he said, trailing off.

In a show of immense strength, Andrew explained how the thoughts of the McNamara family are also with Jonjo  Bright “a lad in the North, whose family are going through the same”.

In an emotional tribute after his horse, At Fishers Cross, won the Albert Bartlett Novices’ Hurdle on Friday afternoon, Limerick’s JP McManus paid tribute to JT and his family.

FOR MORE ON THIS STORY, SEE THE PRINT EDITION OF THE LIMERICK LEADER