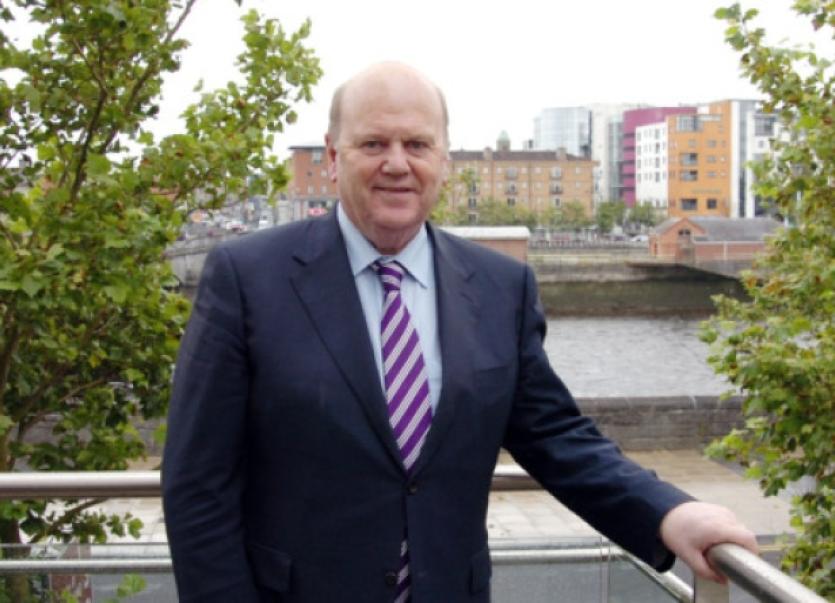 with Enda Kenny extending St Patrick’s Day greetings to President Obama in the White House, it was left to Michael Noonan to represent the Government at the ordination of Pope Francis at St Peter’s Basilica.

with Enda Kenny extending St Patrick’s Day greetings to President Obama in the White House, it was left to Michael Noonan to represent the Government at the ordination of Pope Francis at St Peter’s Basilica.

“I got to within 10 feet of him but didn’t quite get to meet him. The Irish delegation was led by President Higgins so his wife was the plus one and they greeted him on behalf of the Irish people,” said the Minister for Finance on his return from the Vatican this Wednesday.

He said there had been less pomp and ceremony than might have been expected at such a historic occasion.

“Apparently he had pared down the ceremony quite a bit and dispensed with a lot of the robes - he was wearing a plain white alb. There was a missal distributed before the mass that suggested it would be a long service but he had pared back on that as well.”

His days serving mass in Limerick stood to the minister when it came to following proceedings, he said.

“Any of us of a certain age would remember the Latin mass. I knew all the responses in Latin from my time as an altar boy but did less well when they started speaking Italian but we managed to pick up a share of it. He said the mass himself and we got a translation of it afterwards which was actually quite moving. He seems to be very popular with ordinary Italians and Romans. St Francis of Assisi is their patron saint so his choice of the name Francis means a lot to them,” the minister said.

After the ordination, the minister went to the Irish College in Rome to have lunch. But the three-night stay wasn’t exactly a Roman holiday.

Monday was taken up with political meetings with Italian ministers and a telephone conference with EU ministerial colleagues on the Cypriot banking crisis.

The minister had met with Italian leader Mario Monti and German chancellor Angela Merkel at the ordination and, on Wednesday, he and President Higgins met Mexico’s President Nieto and foreign minister José Antonio Meade Kuribreña.

“When he introduced himself, he told me his people were from Limerick. It turns out a Meade from Limerick emigrated to Mexico six generations ago and he is a direct descendant,” said Minister Noonan.