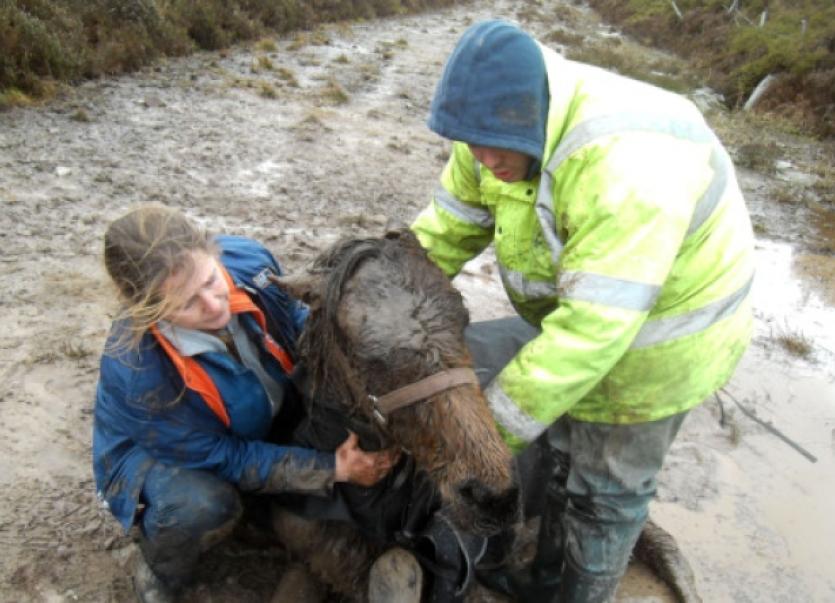 a YOUNG horse, almost at the point of starvation, has been rescued in dramatic circumstances.

a YOUNG horse, almost at the point of starvation, has been rescued in dramatic circumstances.

A team from the Limerick Society for the Prevention of Cruelty to Animals (LSPCA) rescued the horse, believed to be aged between eight and nine months.

It had been dumped in fields in Cratloe before LSPCA animal cruelty inspector James Butler responded to a call to pick it up.

With very little for a horse to eat on these lands, James found another horse, which had tragically died in cold conditions.

The horse they rescued was handed over the Clare Society for the Prevention of Cruelty to Animals (CSPCA). It is recuperating in their centre.

Annacotty man James said the simple message is: if you cannot afford a horse, don’t buy one. “The horse was in a poor condition, very weak and hungry. We have tried to locate the owners, but no information has come up, so we are in a bit of a no-win situation,” he said, “It is a bit upsetting.”

Geraldine Nardonne, chairperson of the LSPCA said they have held meetings with Garda chief superintendent David Sheahan in a bid to get a more rapid response from the force.

This is because when one of the LSPCA’s inspectors, spots a horse in need of care, they are not allowed to enter land without a garda presence, in case they are trespassing. Due to cutbacks in garda resources, there can be a long wait, meaning more and more dumped horses are dying.