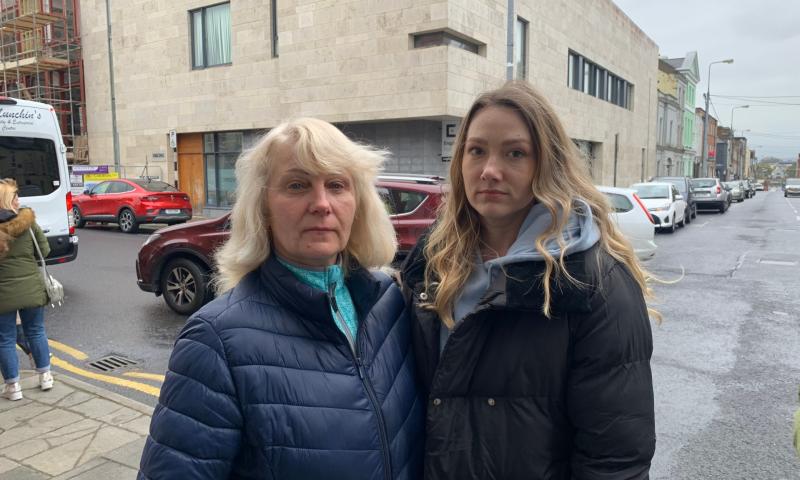 TWO UKRAINIAN women who left everything behind and are now living in Limerick have spoken of how they hope one day to return to their independent country in safety.

Ms Kovner (32) and Ms Zhuk (55), met on their way to Ireland, as they took trains, busses, and hostels in an arduous and emotional five-day journey to safety.

Originally from Donetsk, Ms Kovner told the Limerick Leader that she travelled with just her laptop and documents, having lost her job as a lawyer, after living in the capital of Kyiv the last four years.

“I left everything behind. I had no money and couldn’t stay. I had friends in Ireland who told me that I could come here, get help and that I would be safe,” she said.

Battling with a teary eye, she told of how the journey to Limerick was really difficult on her mental health but that the show of support from people when she arrived, has helped ease some of the pain.

Many of her friends who were living in Kyiv, she said, have made it to the safety of neighbouring countries. She still has some distant relatives in Eastern Ukraine but has lost connection with them.

“I have an apartment back home in Donetsk, where I was born, but I don’t know if it is still standing,” she added.

Ms Kovner and Ms Zhuk, who also fled from the Kyiv region at the end of February, were visiting the Ukrainian Support Centre in Limerick city, to receive their Temporary Directive documents.

These essential documents will allow the pair to work, avail of services and receive benefits from the Irish government, for a period of up to one year minimum.

When asked about the recent atrocities and the worsening of the war back home, Ms Kovner admitted that she finds it difficult to stomach.

“All it takes is for me to see a little bit of a headline on the news, and my heart breaks,” she said.

The pair, now friends through the pain of similar experience, are staying in temporary accommodation on the Ennis Road, in the north side of the city.

They stressed that they are so thankful for the help of the Irish people and for everything that has been done for them, but they hope one day to return home.

“We hope one day to return home in safety, to our independent country and for all of our family to just be okay,” the young woman concluded.